PE Hub
Home News and Analysis PE Deals Will Private Equity Bid for the Yankees? Not So Fast
Return to search
Scoops & Analysis 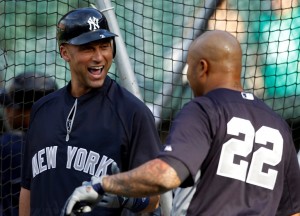 Will the Yankees, if they go up for sale, attract private equity?

According to the New York Daily News, rumors are “flying” in MLB and New York banking circles that the family that owns the Bronx Bombers is “exploring the possibility” of selling the Yankees. George Steinbrenner, who died in 2010, acquired the storied baseball team in 1973 for $8.8 million.

The Steinbrenners are considering a sale because the L.A. Dodgers fetched such a high price, the story says. In April, the Dodgers were sold to a group led by former basketball great Earvin “Magic” Johnson for $2.175 billion. Future television rights for the Dodgers have been estimated to be worth as much as $3 billion and are considered the team’s most valuable asset, sister news service Reuters has reported.

Private equity was expected to be a major player in the Dodgers auction. Kohlberg Kravis Roberts & Co., Thomas H. Lee Partners and Providence Equity Partners were reportedly interested in joining the bidders, according to reports.

The Steinbrenner family, in various press reports, has denied exploring a possible sale. But what if? The Yankees could fetch $3 billion, the New York Daily News says. That number jumps to $4 billion when Yankee stadium and the YES Network are included, according to Sports&Stars.

Don’t expect private equity to be very interested in the Yankees. Paying “3 billion is nuts for the team alone,” one PE exec says.

The exec points to several problems with current Yankee deal talk. The baseball team and the YES Network are not owned by the same investors, so the two assets probably couldn’t be sold together, the source says. “These would be separate transactions,” the person says.

More importantly, MLB doesn’t want private equity, so PE will likely not be a major player in a potential Yankee sale, the exec says. “The league doesn’t want someone who will sell in three to five years,” the person says. “They want stable, long-term ownership.”