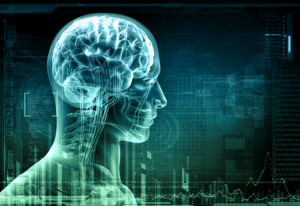 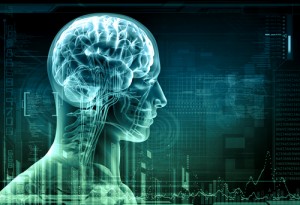 Every now and then, investors turn their attention to the so-called brain health market. But the industry – which encompasses everything from consumer-friendly assessment tools, to computerized cognitive behavioral therapy offered by healthcare providers, to software that helps sports teams detect traumatic brain injuries — is still relatively small.

According to SharpBrains, a Washington, D.C-based research group focused exclusively on the industry, about a billion dollars was spent last year on the assessment, monitoring, and enhancement of brain cognition – most of it by consumers.

But SharpBrains founder Alvaro Fernandez convincingly argues that the industry is poised to grow steadily – to $6 billion in the next seven years — thanks to growing institutional acceptance of brain health software as a legitimate tool. I chatted with Fernandez last week; our conversation has been edited for length.

You published a fairly bullish report on the brain health industry recently. I have to ask: How are you paid?

We’re paid in the same way that Forrester or Gartner Group is paid. We try to produce good reports that a variety of people then buy. Half of them are bigger companies looking for potential acquisitions or partners. We never have any equity in the companies we cover; we don’t take finder fees. It’s all independent data and intelligence.

How big is SharpBrains?

Along with a handful of employees, we’re a network of 60 or 70 part time employees and contractors who help us understand different parts of the marketplace. I studied economics, worked at McKinsey in Europe for several years, then came to do an MBA and master’s in education at Stanford. I was involved with two startups afterward, but I realized that many things are going to change and open new marketplaces, including how we educate children, deal with disabilities, assess worker productivity, and deal with older adults’ independence. I saw a need for an independent clearing house of information and, in 2005, that’s what we created.

Some academics are skeptical that mind training through exercises and games can make a real impact, arguing that intelligence is relatively stable over someone’s lifetime. How big an issue is that for the industry?

work better than others. There’s also a disconnect between what many scientists think people want, and what people want. We conducted this large survey among early adopters, asking if they’d used [brain fitness] products and if so, what their satisfaction levels were and whether they saw value for their money. And more than gingko biloba extract or vitamins or new products [that are widely marketed as a preventive for Alzheimer’s disease among other things], their satisfaction [with their brain games] was higher.

Is it fair to say that consumers are buying into that conclusion far faster than employers or healthcare providers?

Yes, consumers don’t want to wait until it’s too late, so they’re investing in ways to monitor their own brain health; it’s one of the only ways they can be proactive. Two of the fastest growing companies are Lumos Labs and NeuroSky; Lumos [maker of Lumosity, a Web-based app that uses games to improve cognition] has $25 million in annual revenue; by our estimate, NeuroSky [which makes a game with Mattel called MindFlex] had more than $50 million in revenue last year.

But it always takes a while to change professional societies, and it’s [happening].  For example, a company called Brain Resource that makes personalized brain assessments has been adopted by Aetna as part of its wellness and behavioral health benefit packages.

That’s interesting, as well as concerning. It isn’t hard to imagine an assessment being used against an employee.

They have to be better understood. Brain Resource has 15 to 20 large companies using its tools, so it’s gotten a lot of traction already, and the way they handle privacy is that individuals alone have access to their data; employers only get access to aggregated data. Otherwise, it’d be the end of the whole thing.

In your report, you suggest that if one of these companies – like Lumos Labs, which has stated its intention to go public – goes public, it could really begin to transform the industry. Why?

The market is still made up of many small companies — about 200 of them worldwide –which has limited the industry, given some of their contradictory marketing claims. But companies like Lumos Labs and NeuroSky are going mainstream and we think that as that happens, these controversies about whether [brain health applications] work will become irrelevant.

For more data on brain fitness, including who is funding what, visit Venture Capital Journal’s site here (for subscribers only).