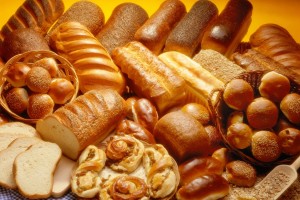 Wind Point has asked Barclays Plc to run an auction for Hearthside, hoping it can fetch more than $1 billion, the people said, asking not to be identified as the sale process is confidential.

Hearthside has earnings before interest, tax, depreciation and amortization of around $120 million, two of the people added.

Hearthside produces baked foods and snacks out of 20 manufacturing facilities in eight U.S. states for the world’s premier food companies, employing more than 7,500 full-time workers, according to its website.

Hearthside started with four manufacturing plants and just over 2,000 employees but grew quickly through acquisitions. Last May it was merged with another Wind Point portfolio company that specializes in food packaging, Ryt-way Industries, to create a food contract manufacturer with over $1 billion in annual sales.

With outsourcing companies looking for greater economies of scale and expanding their offerings to meet the increasingly complex formulation needs of their clients, the fragmented food contract manufacturing sector is expected to see more merger and acquisition activity, according to a third-quarter review of the market by investment banking firm Capstone Partners LLC.

One of the major deals of the year in that market was the $5 billion acquisition of Ralcorp by ConAgra in January, which created the largest private brand packaged food business in North America.

In May, Hearthside agreed to sell Golden Temple, its ready-to-eat cereals and granola making business, to Post Holdings Inc, the company behind the Raisin Bran and Honey Bunches of Oats cereals, for $158 million in cash.