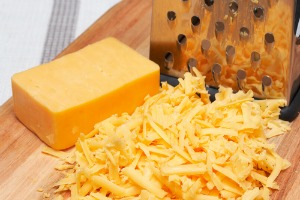 The $83 billion State of Wisconsin Investment Board last month sold $1 billion worth of funds, at least three of them managed by publicly listed private equity firms, in part because those firms could no longer demonstrate that the pension fund’s interests came first.

The pension fund joins a wave of limited partners that are selling interests in funds, including the New York City pension system and the California Public Employees’ Retirement System. Many cite a desire to shrink their private equity portfolios to make them more manageable. Wisconsin may be the first to publicly cite a misalignment of interests with public firms as a reason to sell.

Wisconsin’s private equity adviser, StepStone Group, advised the pension that “select mega buyout firms have embarked on initiatives that reduce the alignment of interests between GPs and LPs, including: asset aggregation and going public or selling stakes to third parties.” Implied is that publicly traded buyout firms, in serving the interests of public shareholders, may not always act in the best interest of their limited partners.

If other pension funds were to follow Wisconsin’s lead, it would almost certainly cause private equity firms that were considering IPOs, or selling stakes to third parties, to reevaluate those plans. Wisconsin’s secondary sale included positions in 12 funds managed by six private equity firms, including The Blackstone Group, Kohlberg Kravis Roberts & Co. and The Carlyle Group, according to Wisconsin spokeswoman Vicki Hearing.

“We clearly have too many relationships,” said Barry Miller, the private equity chief for the New York City pension system. “We want to write larger checks to fewer managers,” he said, adding that the ideal number of GP relationships was in the “50 to 70 range.”

New York City’s secondary sale helped reduce the number of relationships to 99 from 108, a drop of nearly 10 percent. It also helped to raise money that can now be allocated to New York City’s current stable of managers.

The city’s pension system has been trying to shrink its roster of GP relationships ever since Lawrence Schloss became the system’s chief investment officer. Among the positions discarded in the sale were commitments of $215 million to two funds from Clayton, Dubilier & Rice; $227 million to two funds from Silver Lake Partners; $75 million to a fund from Thomas H. Lee Partners, and stakes in funds from AEA Investors, Ethos Private Equity, HM Equity Management, New Spring Ventures,Tailwind Capital and Vitruvian Partners.

The $240 billion California Public Employees’ Retirement System also has been eager to shrink its stable of private equity relationships. But the motivation of Joe Dear, CalPERS’ chief investment officer, isn’t just to make things more manageable for the pension’s staff. Having too many relationships and too many funds “drives the performance toward the median,” said Dear in an August interview. “We want to have a more concentrated, selective portfolio that produces a higher return,” he said.

CalPERS has further to go in culling relationships than most funds, mainly because of its giant size. Even after three recent secondary sales, the pension fund still has more than 350 GP relationships and more than $46 billion in private equity commitments, making it the largest and most diversified private equity program in the nation. Even so, said Dear, as he discussed the restructuring, “we’re making good progress.”