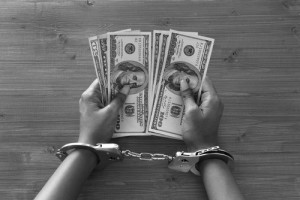 “The lock-up expiration adds over $15 billion in new supply of sellable Facebook stock to the market,” notes Sam Hamadeh, founder of the New York-based private company research firm Privco. “To provide some context, that new supply alone vastly exceeds the entire market caps of a good portion of the S&P 500.”

The big questions, of course, are how many shareholders, and importantly, which of them, will use the occasion to turn the stock into cold, hard cash.

Brian Wieser, a senior research analyst at Pivotal Research Group in New York, expects that “only a portion” of the newly freed shares will come on to the market in the near term.

Specifically, Wieser predicts that the company’s wealthiest shareholders —  including senior management and wealthy individuals like entrepreneur-investors Sean Parker, Dustin Moskovitz, Eduardo Saverin, Mark Pincus and Reid Hoffman — are likely to sell no more than a quarter of their shares for now.

For one thing, “Selling a lot would be a bad signal” to the rest of the market, says Wieser, who notes that Facebook COO Sheryl Sandberg has been selling stock lately but that she still owns the vast majority of her shares. Another reason Wieser isn’t expecting such shareholders to flood the market is that in most cases, they’re already ridiculously rich. “They have so much, they don’t need to sell. Wanting to ensure you have a nest egg is one thing, but [the sale of these shares] aren’t make or break for them.”

Wieser thinks that rank-and-file employees, as well as Facebook’s venture investors, are more likely to part with a higher percentage of their shares – up to 75 percent of them. But he doesn’t think they’ll gravely impact the stock price, either, observing that non-executive employees make up a comparatively small percentage of the float and that VCs will most likely distribute the shares to their LPs — who will then be stuck having to liquidate them in a more staggered manner.

Of course, Wieser, who has a “buy” on the stock, is taking for granted that many of Facebook’s current shareholders still see plenty of upside in shares that are down nearly 50 percent from Facebook’s May 18 IPO.

“[My estimates] all presuppose that [Facebook] isn’t Zynga and that Facebook’s employees believe it isn’t Zynga,” acknowledges Wieser.

Sam Hamadeh, founder of the private company research firm PrivCo, isn’t nearly as sanguine, though, and he’s made some prescient calls about Facebook in the past. For example, a day before Facebook’s highly anticipated May IPO, Hamadeh predicted the company’s shares would plummet from their offering price of $38 to trade in the “$20s” by year-end.

Indeed, unlike Wieser, Hamadeh doesn’t anticipate that many of Facebook’s earliest and biggest shareholders will continue taking a wait-and-see stance but rather that Facebook shares are about to “overwhelm the market.”

Explains Hamadeh: “A lot of these [shareholders] are early-stage investors and early employees, so they’re in the money, even with the stock trading at $17 and $18 dollars.” More, he says, “Looking at Facebook’s [current $43 billion market cap], [which is] over 100 times [its price to earnings ratio], its valuation is still very rich,” making selling an obvious choice for anyone with even remote concerns about risk.

The story might be different if Facebook were on track to make more than $500 million in net income this year, says Hamadeh; as it stands, the shares that were unlocked today – with another lock-up on 156 million shares expiring just next month — will likely drive Facebook’s shares to new lows.

It’s just a “drip, drip of more supply,” Hamadeh says. “A company can absorb some of that when there’s good news concurrently and insiders are convinced that there’s much more upside. It happened with LinkedIn. But I don’t see that kind of scenario here.” There seems “little chance,” he adds, that “Facebook’s stock will make it through the lockup unscathed.”