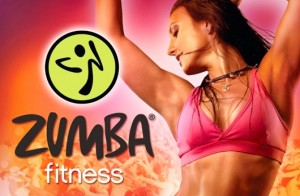 It’s been a busy week for Insight Venture Partners.

The New York firm started the week off by leading a $165 million investment in Drilling Info, a data provider for the oil and gas industry. Insight, with coinvestors Battery Ventures and Eastern Advisors Private Fund, has a majority stake in the company.

Insight followed that up with an announcement yesterday that it, along with The Raine Group, was taking a minority stake in Zumba Fitness. That’s the creator of the dance-fitness party workout.

Today, Insight announced it was buying Quest Software in a $2 billion deal. Aliso Viejo, Calif.-based Quest helps companies manage databases and provides other corporate IT services, according to the L.A. Times.

All of the deals were worked on during fourth quarter and slipped into Q1, says Jeff Horing, Insight’s co-founder and a managing director. “Like most transactions, we’ve been working with these companies for a long time. It’s just coincidence that they were announced this week.”

Insight, which is known for its investments in Twitter and Tumblr, approaches investments like a VC. The firm, however, has the ability to go larger, Horing says. Insight focuses on software, internet and data-enabled businesses and can invest from $10 million to $200 million per deal. (The firm is putting $210 million equity into Quest.) “We consider ourselves growth equity investors,” he says.

Last year, Insight closed two funds. Insight Venture Partners VII raised about $1.5 billion, while a coinvestment fund collected $450 million. All three deals this week came from fund VII. However, Insight, in some instances, used the coinvestment fund as well, Horing says. He declined to disclose how much of fund VII has been invested. “It’s a little more than one year into its life,” he says.

Nearly half of Insight’s investments are in business enterprise software. So it was surprising that Insight put an undisclosed amount of funds in Zumba, which claims to be the largest branded fitness program in the world. Zumba is similar to other consumer technology companies that Insight has invested in, Horing says. “They license their IP which includes their world-renown brand, original music, clothing and choreography to over 100,000 fitness instructors,” he says. “They also provide valuable marketing and business services to their clients.”

Insight is not an investor in Facebook but Horing thinks the company’s IPO will be a “wealth creation event for the industry.” He declined to disclose any IPO plans for Twitter. “We’re certainly happy when Facebook does well,” he says.