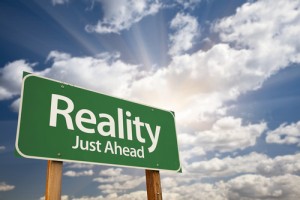 On conference panels, in interviews, through surveys, limited partners routinely telegraph the notion that they prefer the small and mid-sized to the mega. But the U.S. buyout fundraising numbers this year tell a different story.

Limited partners feel “overexposed” to mega-deals, said Steven Klinsky, managing director, founder and CEO of New Mountain Capital, a buyout shop that is working through a third fund of more than $5.1 billion. Klinsky was speaking at the April PartnerConnect conference hosted by sister magazines Buyouts and Venture Capital Journal in New York City. He added: “I think there’s been a flight to the middle market.” (Despite raising a fund over $5 billion, New Mountain describes itself as a mid-market shop.)

In fact, ample evidence of a flight to the middle market shows up in the Buyouts Magazine fundraising database, which tracks money raised by U.S. sponsors. The flight lasted from roughly 2009 to 2011. In 2007, the height of the last mega-fund craze, about half of the money raised by U.S. buyout firms, roughly $147 billion, went into funds of $5 billion or more (see table below). That was right about in line with the money sought: U.S. mega-buyout firms in the market that year had a collective target of $243 billion, or 53 percent of the total amount sought.

This year, which has seen a parade of mega-firms file back to market, marks a complete turnaround. Of the estimated $72 billion raised by U.S. buyout sponsors through mid-year, 43 percent has gone to mega-funds. That’s actually ahead of the pace you would expect based just on targets. The collective $124 billion sought by mega-funds represents just 39 percent of the total money sought by U.S. buyout sponsors in the market this year.

So what’s happening? Two years ago, the mega-funds just didn’t have legs, said Karen Rode, a partner at Hewitt Ennisknupp who advises institutional investors on their private equity programs, at the Buyouts Chicago conference in June. But the returns on prior funds have been good, if not stellar, she said, and mega-funds are simply the only place public pensions and other big institutions can deploy the large slugs of the capital needed to keep their GP stables a manageable size. She also pointed to the advent of separate account programs pioneered by Texas Teachers’ Retirement System and New Jersey Division of Investment in which general partners are able to lock in $1 billion-plus commitments across several products. “This industry is full of creative people,” Rode said. 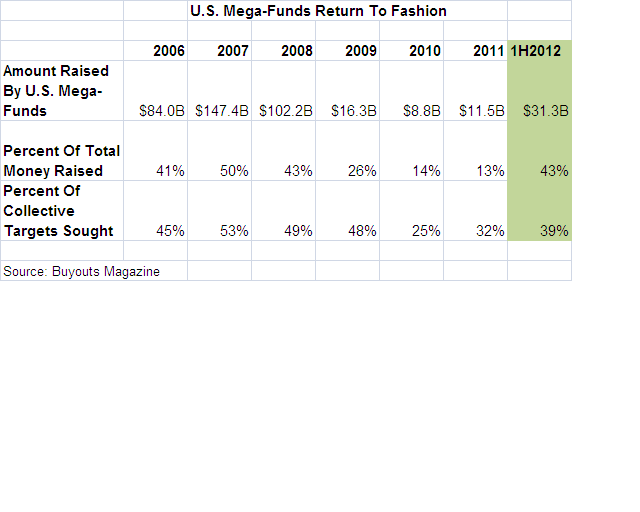