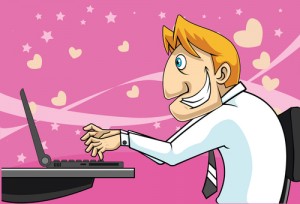 With so many PE firms out trying to raise money, now there’s a product that aims to help GPs and LPs come together more quickly and efficiently.

Palico, an online marketplace that was launched today, helps GPs seek out LPs and LPs discover investment opportunities offered by GPs, a spokesman says. Palico also helps placement agents secure  LPs for their clients and gatekeepers find GPs. There are even opportunities for LPs to sell their secondary stakes, the spokesman says.

The service seems simple enough. For a flat annual subscription fee, a GP creates an online Palico profile which they can load with any information they want (like marketing documents). If the LP is intrigued, they can ask for confidential documents like a PPM. That’s when the LP reveals their identity, the spokesman says.

LPs can anonymously search for GPs in their area of interest while also comparing GP teams, fundraisings and secondaries. GPs can also send “Twitter-like” messages to LPs and gatekeepers interested in their strategy. Sellers that are looking to sell their stakes on the secondary market remain anonymous throughout the process, the spokesman says.

Palico has also secured broker-dealer licenses for their products, including fundraising, coinvestments or secondaries, which passport into 100 countries (including FINRA in the US and the European Union regulatory authorities), the spokesman says.

What doesn’t Palico provide? Advice. Palico is a self-service marketplace and any users need to use their own discretion and judgment, the spokesman says.

It’s also not clear how many members Palico has attained. Membership so far is 60% LP, 30% GP and 10% advisors, the spokesman says. “In this business, that’s a good mix. GPs want LP-heavy audiences,” spokesman says.

Palico, which has offices in Paris, New York and London, was co-founded by Dréan, who is also the founder of Triago, the global placement agent. Cédric Teissier, a former Debevoise & Plimpton attorney, is also a Palico co-founder and general counsel.