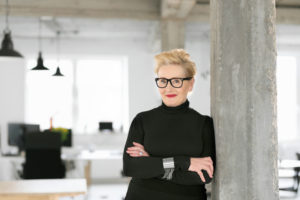 Lightyear Capital is expected to more than triple its money with the sale of Wealth Enhancement Group, according to a source.

Founded in 1997, Wealth Enhancement provides services such as investment management, financial planning and retirement income planning for more than 12,000 households. It oversees $11.3 billion in client brokerage and advisory assets as of Apr. 30. The RIA has acquired 13 advisory practices in the past six years. In July, Wealth Enhancement scooped up Planning Solutions Group LLC and AEPG Wealth Strategies.

Lightyear invested $107 million for a majority stake of Wealth Enhancement in 2015, PitchBook said. The buyout shop used its third fund, which weighed in at $954 million in 2012, to buy Wealth Enhancement. Earlier this year, Lightyear put the company up for sale; Raymond James advised on the auction, Buyouts said.

Wealth Enhancement is the latest wealth manager to get sold. Reverence Capital Partners agreed to buy 75 percent of Advisor Group in May in a deal valued at more than $2 billion. Lightyear was expected to make more than 4x on Advisor Group, Buyouts reported. Genstar Capital is seeking a buyer for Mercer Advisors, Buyouts said.

TA, of Boston, is a long-time investor of wealth managers. The growth firm owns Orion Advisor Solutions, Russell Investments, and Stadion Money Management. In May, TA closed its 13th flagship fund on $8.5 billion.

News of the Wealth Enhancement sale comes as Lightyear is preparing to launch its fifth flagship fund.

Lightyear, of New York, is a financial services-focused private equity firm. The buyout shop invests in payments, insurance and brokerages as well as asset and wealth management. Lightyear Fund IV LP closed on more than $957 million in November 2017. Fund V is expected to be larger than IV but not by too much, the source said. Lightyear is expected to clinch a first close of Fund V by late this year, the person said.

Wealth Enhancement and TA could not be reached for comment.