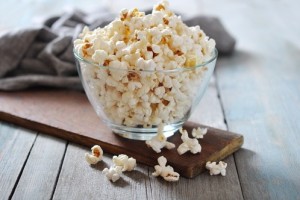 TA Associates, which just finished raising $5.3 billion for its latest flagship fund, is taking Amplify Snack Brands Inc public next week in a transaction that on paper would nearly triple the value of its original investment in the company.

Austin-based Amplify, a snack food company that develops and markets products in the “better-for-you” category, is expected to price its IPO on Tuesday, Aug. 4, two sources said. It would then trade the next day, the persons said.

TA Associates, which owns a majority of Amplify, has been pursuing a dual track auction for the company but any sale looks to be unlikely. TA had been seeking a valuation of $1 billion for Amplify, which is 3x what the firm paid for the company last year, a private equity executive said. That’s pretty rich.

Amplify will likely command a rich valuation with an IPO. “A PE firm clearly is not going to pay 20x EBITDA” for Amplify, a banking source said. “Like Annies, the strategy is likely to go public at a big valuation and then that will set the floor price for a strategic buyer if they want to buy them.”

Amplify’s anchor brand is SkinnyPop, which TA Associates acquired in August 2014. TA paid $320 million, including $150 million in debt, for a majority of SkinnyPop, a regulatory filing said.

TA owns 56 million shares, or nearly 75 percent, of SkinnyPop before the IPO. PE firms normally don’t sell shares in the IPOs of their portfolio companies, but TA is breaking form. In fact, most of the shares being offered are coming from TA; Amplify itself is not selling stock in the IPO.

The growth-equity-focused PE firm is selling about 12.3 million Amplify shares, the filing said. This jumps to 14.1 million if the greenshoe is exercised. If Amplify prices at $15, the mid-point of its IPO range, TA stands to gain $211.7 million from its sale of shares. Its remaining stake, of 41.9 million shares, would likely be valued at about $628.5 million.

Including paper gains, and dividend proceeds, TA stands to make about 2.82x its money.

Fund XII is nearly 33 percent larger than TA’s eleventh fund, which closed on $4 billion in 2009. TA Fund XI is generating a 17.9 percent IRR since inception as of Sept. 30, according to performance data from California State Teachers’ Retirement System.