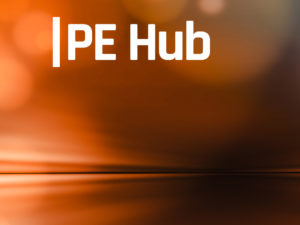 Under the terms of the deal, Wyloo Canada acquired the following instruments held by RCF:

As part of the transaction, Noront has granted to Wyloo Canada investor rights consistent with the rights previously held by RCF (including pre-emptive rights and rights to two board nominees).

This acquisition by Wyloo Canada is for investment purposes. Wyloo Canada does not have any current plans or intentions to buy or sell further Noront shares (other than potentially exercising its loan conversion or warrant exercise rights), to solicit proxies or to otherwise participate in any significant transaction involving Noront. Wyloo Canada will review its investment on a continuing basis. Depending on various factors, it may in the future purchase or sell securities or engage in other activities relating to Noront.

Wyloo Canada will be filing an early warning report under Noront s profile on SEDAR, and copies of the report may be obtained at sedar.com.
The acquisitions of these securities from RCF was made in reliance upon the private agreement exemption from the formal take-over bid requirements of applicable Canadian securities legislation. The per share price paid by Wyloo Canada is less than the market price of the Noront common shares at the date of the agreement, as determined in the manner prescribed by applicable Canadian securities legislation.

ABOUT NORONT
Noront is a Canadian-based miner principally focused on the responsible development of the high-grade Eagle s Nest nickel, copper, platinum in Northern Ontario.

ABOUT WYLOO CANADA
Wyloo Canada is a subsidiary of Wyloo Metals an Australian-based metals and mining company and forms part of Tattarang, one of Australia s largest private investment groups. Led by a multidisciplinary team of geologists, engineers and financial professionals, Wyloo Metals manages a diverse portfolio of exploration and development projects and cornerstone interests in a number of public and private companies. Wyloo Metals seeks to work closely with all stakeholders to accelerate projects through the development cycle while meeting the highest international environmental, social and governance standards.