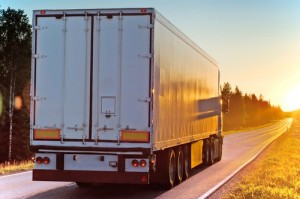 CHICAGO–(BUSINESS WIRE)–Wynnchurch Capital (“Wynnchurch”), a Chicago-based private equity firm with offices in Detroit, Toronto, and an affiliate office in Montreal, announced the acquisition of Imperial Group, L.P. (“Imperial” or the “Company”) from Accuride Corporation (NYSE: ACW), in partnership with BMO Mezzanine Fund and a management team led by Chief Executive Officer Terry Wogan. Imperial is a leading metal fabricator supplying light and medium gauge fabricated metal components, precision metal stampings, and value-added assemblies serving premier heavy truck, bus, and industrial OEMs. Imperial has operations in Portland, Tennessee, Decatur, Texas, Denton, Texas, Dublin, Virginia, and Chehalis, Washington. “Imperial has built an impressive franchise in the metal fabrication industry and is well positioned to take advantage of the anticipated recovery in its end markets. Our goal is to help transform the company into a world-class supplier and a value-added partner to our customers,” said Ian Kirson, Managing Director at Wynnchurch. The Imperial investment follows Wynnchurch’s acquisition of Detroit Tool Metal Products, Co. (“DTMP”), which was completed in June 2013. The combined business forms one of the largest metal fabricators serving the heavy truck, bus, and off-highway markets in North America. Imperial and DTMP will operate as subsidiaries of Ironform Holdings Co. (“Ironform”). DTMP and Imperial will continue to do business using their respective brand names under the Ironform umbrella. John Hatherly, Managing Partner of Wynnchurch stated, “Imperial represents the tenth corporate carve-out transaction in Wynnchurch’s history. We are excited to continue to build the Ironform platform with the highly complementary acquisition of Imperial. Wynnchurch is proud to partner with Terry Wogan and his team to build a metal fabrication business with best-in-class quality, delivery, and customer service.”

“Terry and Wynnchurch have a shared vision for Ironform and both recognize that we can only be successful by providing our customers with outstanding execution,” said Brian Crumbaugh, Vice President with Wynnchurch. Wynnchurch intends to continue to pursue strategic acquisitions and build a unique fabrication platform with industry leading capabilities and a presence in the Midwest, South, Southeast, and West Coast. “Imperial provides Ironform with a presence in key geographic regions in proximity to industry leading OEMs. We will focus our efforts on flawless execution and customer service. We aim to create the supplier of choice in this industry and the long-term partner our OEM customers are seeking,” added Terry Wogan. The transaction closed in August 2013.

About Wynnchurch Capital: Wynnchurch Capital, headquartered in the Chicago suburb of Rosemont, Illinois with offices in Detroit, Toronto, and an affiliate office in Montreal, was founded in 1999 and is a leading middle-market private equity investment firm. Wynnchurch’s strategy is to partner with middle market companies in the United States and Canada which have outstanding management teams and possess the potential for substantial growth and profit improvement. Wynnchurch focuses on investments in niche manufacturing, business and industrial services, energy and power services, logistics, transportation and value-added distribution. Wynnchurch manages a number of private equity funds with capital under management in excess of $1 billion specializing in management buyouts, recapitalizations, corporate carve-outs, restructurings and growth capital. For more information, please visit: www.wynnchurch.com.