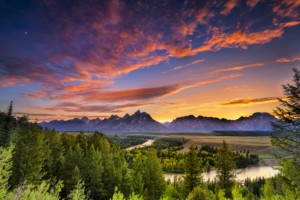 The Wyoming Retirement System has hired an investment professional with experience in private equity as its chief investment officer, the system announced in a statement Wednesday.

Sam Masoudi, a managing director at Tulane University’s endowment, will join the Wyoming system December 3. He takes over the role that was left vacant after the system in April fired the former CIO, John Johnson, who had pleaded guilty to criminal charges of insider trading for actions taken before he joined the Wyoming system.

Masoudi has worked at Tulane’s investment office for more than five years, spending several years running the endowment’s small but growing alternative investments portfolio. Masoudi has worked in a variety of investment categories, including public equities, private equity, fixed income, real estate and hedge funds, according to the statement from Wyoming.

Prior to Tulane, Masoudi spent seven years as portfolio manager and founder of Silver Peak Capital Management, an investment firm in New York City. He also worked for three years as a director at Veronis Suhler Stevenson, and four years as vice president in the real estate investment banking group at Kidder Peabody and PaineWebber, the statement said.

Wyoming has been searching for a CIO since Johnson was let go. Johnson was one of three people accused by the federal prosecutors, as well as by the Securities and Exchange Commission, of insider trading in a case related to the acquisition of networking hardware company Foundry Networks by data and storage networking products company Brocade Communications Systems in 2008.

The government claimed that David Riley, a former chief information officer at Foundry Networks, leaked tips about the company’s pending $3 billion takeover by Brocade Communications to Matthew Teeple, an analyst at San Francisco-based hedge fund Artis Capital Management. Teeple then tipped others, including Johnson, according to the SEC’s complaint. The SEC said Johnson made $136,000 buying Foundry Networks shares and options and shorting Brocade Communications stock. Both Riley and Teeple pleaded not guilty to the charges this May, according to Bloomberg News.