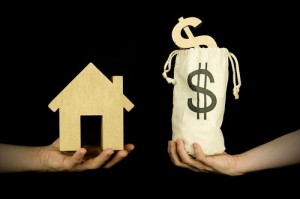 Toronto-based Xceed Mortgage Corp., a provider of residential mortgages, has agreed to be acquired by MCAN Mortgage Corp. Under the terms of the deal, MCAN will purchase 100% of the outstanding shares of Xceed for $1.75 a share. The transaction is estimated to be about C$53 million. One of Xceed’s investors is Canadian private merchant bank Windsor Private Capital.

TORONTO, March 26, 2013 /CNW/ – Xceed Mortgage Corporation. (TSX: XMC) (“Xceed”) today announced that it has entered into an arrangement agreement (the “Agreement”) with MCAN Mortgage Corporation (“MCAN”, TSX:MKP) pursuant to which MCAN will acquire, by way of a plan of arrangement (“Plan of Arrangement”) under the Business Corporations Act (Ontario), 100% of the issued and outstanding shares of Xceed for $1.75 per Xceed share on a fully diluted basis (the “Transaction”). The Transaction is expected to close within 90 days.

In March 2012, Xceed announced that the board of directors (the “Board”) had created a special committee consisting of its independent board members (the “Special Committee”), to undertake a strategic review and consider future opportunities for Xceed, including recommencing its application to become a bank, seeking out a sale, merger or other transaction involving Xceed and returning capital to shareholders in a tax effective manner, including by way of a wind-up of Xceed. Following the Special Committee’s strategic review of these and other options, the Board has unanimously determined, upon the recommendation of the Special Committee and after consideration of the advice of legal and financial advisors to Special Committee and Xceed, that the Plan of Arrangement is in the best interests of Xceed. Canaccord Genuity Corp., Xceed’s financial advisor, has provided the Special Committee and the Board with an opinion that, as of the date hereof, the consideration payable in connection with the Plan of Arrangement is fair, from a financial point of view, to Xceed’s shareholders.

Certain shareholders, including Akemis Holding SARL, Windsor Private Capital LP, Chiefswood Holdings Limited and each director and officer of Xceed who is a shareholder have agreed to vote in favour of the Plan of Arrangement. Collectively, this group of shareholders beneficially owns approximately 13,248,000 shares of Xceed representing approximately 48.54% of the total shares outstanding.

The Transaction is subject to a number of closing conditions, including court approval, the approval of not less than 66⅔% of the votes cast by Xceed shareholders and regulatory approvals.

The Agreement provides for, among other things, a non-solicitation covenant on the part of Xceed, subject to customary “fiduciary out” provisions and a right in favour of MCAN to match any superior proposal. The Agreement also provides for a termination fee of $2 million payable by the parties in certain specified circumstances and reciprocal expense reimbursement payments of $750,000 in certain specified circumstances.

Mr. Ivan Wahl, Chairman of the Board, said, “This Transaction provides Xceed shareholders with an opportunity for liquidity and to acquire shares of a strong performer in the mortgage industry and capital markets.”

A material change report, which provides more details on the Transaction and the Agreement will be filed with the Canadian securities regulators and will be available at www.sedar.com and at Xceed’s website at www.xceedmortgage.com.

Shareholders should consult their own investment dealer, stockbroker, bank manager, accountant, lawyer or other professional advisor with respect to the Transaction.

Xceed Mortgage Corporation, based in Toronto, is a Canadian provider of residential mortgages that it originates in Canada. The Company has approximately $0.8 billion of mortgages under administration. The Company’s shares are traded on the Toronto Stock Exchange (“TSX”) under the symbol XMC. To find out more about Xceed Mortgage Corporation, visit our website at www.xceedmortgage.com.

Forward-looking statements in this document are based on current expectations that are subject to significant risks and uncertainties. Actual results might differ materially due to various factors such as the competitive nature of the mortgage industry, the ability of the Company to continue to execute its growth and development strategy, and the reliance of the Company on key personnel. The Company and the Company’s management assume no obligation to update these forward-looking statements, or to update the reasons why actual results could differ from those reflected in these. Additional information identifying risks and uncertainties is contained in the company’s regulatory filings available on its website and at www.sedar.com.

MCAN is a public company listed on the TSX under the symbol MKP and is a reporting issuer in all provinces and territories in Canada. MCAN also qualifies as a mortgage investment corporation (“MIC”) under the Income Tax Act (Canada) (the “Tax Act”). The Company’s primary objective is to generate a reliable stream of income by investing its corporate funds in a portfolio of mortgages (including single family residential, residential construction, non-residential construction and commercial loans), as well as other types of financial investments, loans and real estate investments. MCAN employs leverage by issuing term deposits eligible for Canada Deposit Insurance Corporation (“CDIC”) deposit insurance up to a maximum of five times capital (on a non-consolidated tax basis) as permitted by the Tax Act. The term deposits are sourced through a network of independent financial agents. As a MIC, MCAN is entitled to deduct from income for tax purposes 100% of dividends, except for capital gains dividends, which are deducted at 50%. Such dividends are received by the shareholders as interest income and capital gains dividends, respectively. MCAN also participates in the Canada Mortgage Bonds program, and other securitizations of insured mortgages.

Michael Jones, President and Chief Executive Officer, and Jeff Bouganim, Chief Financial Officer will be available to respond to investor inquiries regarding this Arrangement.