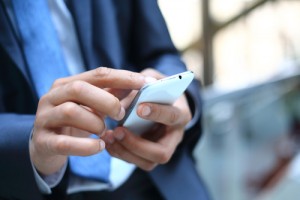 (Reuters) – China’s Xiaomi is raising over $1 billion from investors including Singapore sovereign wealth fund GIC that would value the smartphone maker at over $45 billion, a person familiar with the deal said.

The people were not authorized to speak to media on the matter and so declined to be identified. Xiaomi and GIC declined to comment.

Xiaomi’s valuation has skyrocketed in the four years since it was founded by Chief Executive Lei Jun, reflecting investors’ belief that it will grow into a global powerhouse despite signs it is encountering intellectual property challenges outside its home country China. This month sales in India were temporarily halted after Swedish telecommunciations firm Ericsson filed a patent complaint.

Still, the Beijing-based company will likely come close to its 2014 sales target of 60 million smartphones, up from less than 20 million in 2013. At $45 billion, it is now worth nearly three times the market capitalisation of Lenovo Group Ltd , the world’s No. 1 PC maker and one of its rivals in the smartphone market.

Regulatory filings showed Xiaomi reported revenue of 26.6 billion yuan ($4.28 billion) and a profit of 347.5 million yuan in 2013, although the company has said the documents did not account for the entirety of its business or reflect its overall profitability.

Ricky Lai, an analyst at Guotai Junan Securities, said Xiaomi’s smartphone shipments were “over market expectations” in the third quarter, when it sold close to 18 million handsets, according to multiple market research firms.

Xiaomi brands itself as an Internet company that eschews traditional marketing and sells hardware at low prices as a distribution channel for its real money maker, software and services.

It has been investing heavily in other manufacturers with the aim of building an ecosystem of Internet-connected devices and appliances to extend its reach beyond smartphones.

“The valuation might seem pretty high but investors are seeing a lot of potential from Xiaomi expanding into multiple categories,” said Neil Shah, an analyst at Counterpoint Research.