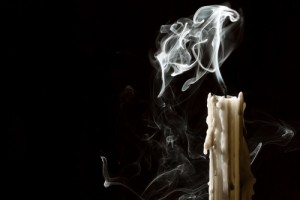 (Reuters) – Yankee Candle Co. Inc. said on Thursday it had withdrawn a plan to borrow money in order to pay a dividend to its private equity owner, a sign that a wave of such lucrative deals may be coming to an end.

Private equity firms have in the last year taken advantage of record-low interest rates in the United States by borrowing through their portfolio companies and using the money to pay dividends and return funds to their investors.

But fears that the Federal Reserve may start to cut down on its bond purchasing program have led to debt deals becoming more expensive in recent weeks — and some of them have been pulled altogether.

Many of the canceled or postponed deals, however, have been refinancings aimed at funding a company’s capital expenditures or reducing the cost of its debt. Pulling a so-called dividend recapitalization — aimed specifically at borrowing to also pay a dividend — is likely to give other private equity firms pause.

(READER POLL: Are rising interest rates putting an end to dividend recaps? Take our quick poll and let us know.)

Yankee Candle said in a statement on Thursday that it would not be issuing $450 million in bonds and would not be pursuing a new loan with banks, either, citing its inability to pay out its existing creditors on previously agreed terms.

Moody’s Investors Service Inc. said this week that the bonds, together with a proposed $950 million loan, would have been used to refinance $842 million of Yankee Candle’s debt, repay a $315 million debt obligation, and pay a $187 million dividend to its owner, Madison Dearborn Partners LLC.

The proposed notes had been rated “Caa1” by Moody’s, implying poor credit quality and more risk than many other so-called “junk” bonds.

A Madison Dearborn spokesman declined to comment, while a Yankee Candle spokeswoman did not respond to a request for comment.

Chicago-based Madison Dearborn acquired Yankee Candle in 2006 for $1.6 billion. The South Deerfield, Massachusetts-based candle manufacturer had revenues of $852 million in the 12 months ended in March, according to Moody’s.

The company’s slow earnings growth was cited by people familiar with the matter as one of the reasons Madison Dearborn pulled its sale last month after it failed to attract offers of over $2 billion, as it was hoping.