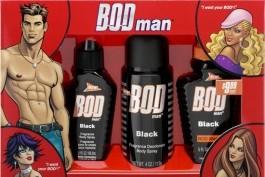 Yellow Wood Partners sniffed out a fragrance maker for its inaugural deal.

Yellow Wood typically invests $10 million to $80 million of equity in consumer packaged goods businesses. “This falls slightly above the midpoint of that range,” says Dana Schmaltz, a Yellow Wood partner and cofounder, of the Parfums investment.

Schmaltz and Peter Mann, also a Yellow Wood partner and cofounder, are known for their success with Blacksmith Brands. In 2009, Charlesbank Capital Partners, along with Mann and Schmaltz, acquired five over-the-counter brands to form Blacksmith. The deal included Efferdent denture cleaner and Pediacare children’s cough medicine. Mann was CEO of Blacksmith, while Schmaltz was president.

A year later, the Charlesbank-led group sold Blacksmith to Prestige Brands for $190 million plus a $13.4 million working capital adjustment. The investors made about 2.5x their money on the deal.

With the success of Blacksmith, Mann and Schmaltz founded Yellow Wood–which refers to the Robert Frost poem (“Two roads diverged in a yellow wood..I took the one less traveled by”)–in 2011. The PE firm closed its first fund with $225 million in January. For its first deal, Yellow Wood chose a company suited to the current economy. “Women and young men want fragrances but are increasing reluctant to spend a significant piece of their take home pay [on them],” says Mann.

Parfums is known for its “designer imposters” that target women in their late 20s or early 30s. The company’s colognes advertise the fact that they’re just like the designer products, such as, “If you like Giorgio, you’ll love our Primo!” or  “If you like Calvin Klein Obsession, you’ll love our Confess.”  But Parfums’s products are much cheaper. For example, a 1.7 ounce Eau de Parfum spray of Calvin Klein Obsession sells for $57 on Sephora.com. Parfums’s version, Confess, goes for $6.17.

Parfums’s body sprays for men, called “BOD Man,” are also popular, Mann says. BOD Man, which features men with ripped abs, targets teens to young adult men. It sells for $5.99 (Here’s a link to a “Bod Man” video). Body Fantasy sprays, which are geared to teenage and young women, also go for $5.24 each on the Parfums web site.

Mann, who says his nieces are fans of the Body Fantasy line, is a firm believer in the company’s products. “Our fragrances are as good as the designer fragrances,” he says.

The seller is Mark Laracy, a former perfume executive, who founded Parfums in 1981. Now 70, Laracy doesn’t have any family that wants to take over the company, says James Stammer, who became Parfums CEO (he was previously president and GM) with the sale to Yellow Wood.

“Late last year we entered a process where we were looking for an acquirer,” he says. The auction, which began in February, generated lots of interest among private equity firms and strategics.

TSG Consumer Partners, Brentwood Associates and Helen of Troy are believed to have taken a look at Parfums, an industry source says.

“From a strategic point of view, the fit is perfect,” Stammer says. “[Yellow Wood] understands the image-based nature of our brands.”