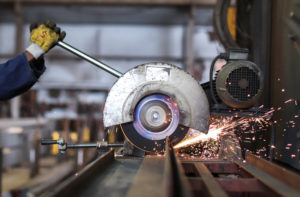 Z Capital Partners will produce an approximately 2.7x return on its investment with the sale of Premier Thermal Solutions to Dutch manufacturer Aalberts NV, according to a source familiar with the transaction.

ZCP in 2017 formed PTS, a commercial metal heat treating company, through the simultaneous acquisitions of Atmosphere Annealing and NitroSteel from Brazilian steel group Gerdau. Based in Lansing, Michigan, the company generates annual revenue of roughly $60 million, according to the buyer’s press release.

With the sale to Aalberts, a Netherlands-listed industrial products company, ZCP will generate a 31 percent IRR, the source said. The transaction is expected to close before year-end, according to the firm’s press release.

ZCP, with offices in the US and Switzerland, invests in the consumer, media, publishing, metals and business services sectors.

Under the firm’s ownership, PTS bought Al-Fe Heat Treating, a commercial aluminum heat treater, within a year of its acquisition. PTS through the add-on inherited four facilities across the Midwest, furthering the platform’s service capabilities and geographical footprint.

Organic growth initiatives included investing in organizational processes, technology systems and facility upgrades. The company installed equipment that added 62 million pounds annual capacity to its Ohio plant in 2019, followed by the addition of equipment (with 55 million pounds of capacity) to the Lansing facility this year, according to its website.

In just over four years, the company under ZCP grew its footprint to ten plants across the industrial Midwest, the press release said.

For Aalberts, PTS is complementary to its surface technology business. The business unit – signed on by Rolls Royce, Boeing, Airbus among others – heat treats and improves material characteristics, according to Aalberts website.