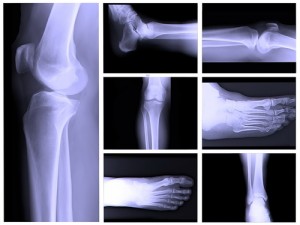 Medical device maker Zimmer Holdings Inc said it would buy orthopedic products company Biomet Inc in a deal valued at about $13.35 billion to broaden its portfolio of products that treat bone and joint-related disorders.

Zimmer will pay $10.35 billion in cash and issue $3 billion in shares to Biomet shareholders. The cash portion of the deal will be funded by cash on hand and $3 billion from a senior unsecured term loan and an issue of senior notes.

Biomet was taken private for $11.4 billion in 2007 by a private equity consortium including affiliates of Blackstone Group, Goldman Sachs Capital Partners,Kohlberg Kravis Roberts & Co and TPG Capital at a time when the medical device market was particularly strong on demand from an aging population for the artificial hips and knees that Biomet makes. The consortium had been planning to take the company public, filing for an IPO in March.

The acquisition is the latest in a flurry of deal-making and bids in the healthcare industry aimed at either gaining scale or specializing in certain disease areas. Among the deals, Novartis AG and GlaxoSmithKline Plc agreed to trade some $20 billion in assets, while Eli Lilly and Co agreed to buy Novartis’s animal health business for $5.4 billion. Valeant Pharmaceuticals International Inc also made an unsolicited $47 billion bid for Botox-maker Allergan Inc, in a deal backed by William Ackman’s Pershing Square Capital Management hedge fund .

Zimmer was advised by Credit Suisse Securities and White & Case LLP on the deal, which is expected to close in the first quarter of 2015. Biomet was advised by BofA Merrill Lynch, Goldman Sachs, Cleary Gottlieb Steen & Hamilton LLP and Weil, Gotshal & Manges LLP.

Zimmer said the deal is expected to add to adjusted earnings per share in the first year. Zimmer also reported adjusted quarterly earnings of $1.50 per share, just above Wall Street estimates of $1.47 per share.

Esha Dey is a correspondent for Reuters in Bangalore.