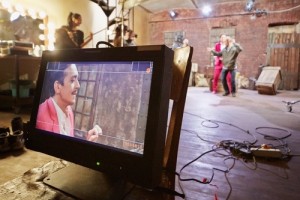 ZM Capital, which is out fundraising, has agreed to sell its controlling stake in Cast & Crew Entertainment Services.

ZM Capital’s investment dates back to early 2013 when the PE firm led a group to buy Los Angeles-based Cast & Crew. The size of ZM’s stake was undisclosed. Besides ZM Capital, investors who took part in the deal included Ares Capital Corp, Emigrant Capital Corp and VSS. The co-investors exited their investment along with ZM Capital, sources said.

“The deal was a very good outcome for all parties involved and we are excited about the company’s future prospects,” said Andrew Vogel, a ZM Capital partner.

New York-based ZM Capital, a media and communications-focused private equity firm, put Cast & Crew up for sale in February, sources said. It tapped Moelis & Co and Morgan Stanley to run the sale. Private equity firms and a handful of strategics were interested. The auction was “very competitive,” sources said.

ZM Capital chose Silver Lake due to valuation and the buyout shop’s “acute understanding of media and technology,” the sources said.

The investment in Cast & Crew was ZM Capital’s last deal from its debut fund, which closed at $147 million in 2008. ZM Capital is currently out fundraising for its second fund, which is targeting $400 million, sources said. ZM Capital filed its first Form D for Fund II in September 2013. That filing did not show any amount raised or a target. A second SEC filing in September 2014 shows that Fund II raised $168.6 million toward an undisclosed target. A final close is expected in July, the sources said.

Performance data for ZM Capital Fund I was unavailable.

Cast & Crew, VSS, Emigrant and Ares could not immediately be reached for comment.