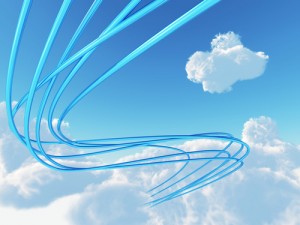 Khosla Ventures must see an awful lot of promise in Nirvanix, a San Diego-based startup that’s focused on cloud computing and storage services. Last May, Khosla led a $25 million round in the company, which has collectively raised $70 million since its 2007 founding, including from Valhalla Partners, Intel Capital, Mission Ventures and Windward Ventures.

The venture firm also tapped a respected contact, Debra Chrapaty to join Nirvanix’s team. First, Khosla made her its executive chairwoman, an appointment Chrapaty accepted last November. Today, Nirvanix is announcing that Chrapaty is the company’s new CEO, too.

The move should prove an interesting challenge for Chrapaty, an infrastructure expert. Since April 2011, she has served as the chief information officer of Zynga, where she was tasked with helping develop the company’s infrastructure systems to ensure they were scalable and reliable. But Chrapaty also spent a year and a half as the senior VP of collaboration software at Cisco, seven years as a corporate VP at Microsoft (where she says she “built and ran all of Microsoft’s infrastructure”), and three years as president and COO of E*Trade.

And those are just some of her prior roles. Indeed, it was as the chief operating officer BigVine.com, bubble-era online barter exchange whose investors included Kleiner Perkins Caufield & Byers, that Chrapaty first met Vinod Khosla, a Kleiner partner at the time. She attributes the “open dialogue” that she has maintained with Khosla ever since as the reason she became aware of Nirvanix (and vice versa).

Whether that relationship will be a fruitful one for either party becomes the question. As Chrapaty told me in an interview this morning, Nirvanix has a lot to crow about. It has already established itself in a very crowded space because of its focus “not just on archiving data but making it more accessible to customers.” It also markets itself as a more flexible and secure alternative to the many options available to enterprises looking for cloud storage. (For example, the company has long claimed that it’s one of few fully managed services that allow customers to pay for what they use rather than for a set amount of storage.)

Going forward, Chrapaty says, she wants to give current and future Nirvanix customers even better technology from a security perspective, as well as offer them “more alternatives in terms of data access. My thought,” she says, “is that, using [the company today] as an entry point, we have customers, infrastructure, and a wonderful base.” Now the plan is to “leverage that with differentiated technologies, which I’ll share [publicly] when I’m more fully in the new role.”

She’ll likely have to overcome some employee morale issues first.

Chrapaty is the fifth person to be appointed CEO of Nirvanix since it was launched. First came co-founder Patrick Harr, who served as chief executive for two years before the role was given to an executive named Jim Zierick. Zierick was replaced a year later by Scott Genereux, who was replaced just three months ago by Dru Borden (who was still listed at the company’s site as CEO this morning but will, according to a press release, become the company’s senior VP of strategic planning and development ).

Though most of the executives to move through the company appear to have landed on their feet – Harr is vice president of cloud strategy and sales at Hewlett Packard, for example, and Genereaux is the senior vice president of global hardware strategy, planning, and product management at Oracle – it’s still a lot of turnover, even for a startup. (The company has also seen meaningful turnover in its sales ranks.)

Chrapaty says she can’t speak to the apparent turmoil that came before. “My take,” she says, “is that it’s natural for startups, that they bounce around sometimes before they find their footing.”

Either way, she adds, Nirvanix is a “recapitalized company with strong commitments [by its VCs] to build great products and solutions, it has a new CEO, and it has a team that’s doing great and to which we’ll be adding additional talent.”  It is, she insists, “the year for Nirvanix.”