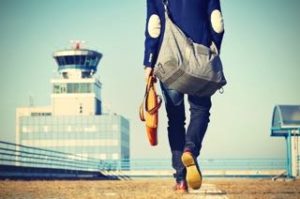 Clearlake Capital Group is moving forward with its next fundraising without one of its founders, Steve Chang, who has left the firm, according to three people with knowledge of the firm.

Chang co-founded special situations-focused Clearlake in 2006 along with Behdad Eghbali and José Feliciano. Both Eghbali and Feliciano will continue leading the firm as managing partners, according to one source.

It’s not clear why Chang left, but one of the sources described the departure as amicable. Chang’s departure did not trigger key man provisions in any of the funds.

Clearlake has been open with limited partners about Chang’s departure as it pre-markets its fourth flagship fund, which is targeting $1 billion and has a hard cap of $1.25 billion, sources said.

“They’re telling people now so it won’t be a surprise to LPs,” one of the sources, an LP who has heard the fund pitch, said about Chang’s departure. Fund IV is “a pretty hot name in the market,” the LP said.

The firm is not officially in fundraising mode as private placement memorandums have not yet gone out, sources said.

Along with the flagship vehicle, Clearlake for the first time is bringing a smaller sidecar vehicle to market, Clearlake Opportunities Partners, targeting $500 million. The smaller fund will pursue non-control investments, the LP said. The non-control strategy will be managed by Clearlake’s main deal team rather than a separate team, one of the sources said.

The total potential fundraising – almost $1.8 billion between the flagship’s capped amount and the sidecar – would represent a fairly large jump in fund size, the LP said. Clearlake’s prior fund raised more than $785 million, beating its $600 million target.

“It’s a capital raise proposal that can be tough to swallow because of the jump in size,” the LP said.

Clearlake has had strong past performance, though some of its early track record appears to have weakened.

Fund III (vintage 2012) generated a 34.6 percent net IRR and a 1.3x multiple as of Sept. 30, according to performance information from the California Public Employees’ Retirement System.