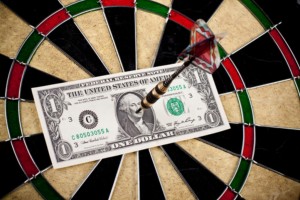 Solace Capital Partners, a special situations firm launched by former executives of Oaktree Capital, is preparing to hit the market targeting $500 million for its debut vehicle, according to three people with knowledge of the fundraising.

Solace was launched last year and is led by managing partners Christopher Brothers, Vincent Cebula and Brett Wyard, all of whom worked at Oaktree Capital Management together. Brothers did not respond to a request for comment.

Brothers and Cebula launched Solace Capital last year and Wyard joined in April, according to one of the people with knowledge of the firm.

[contextly_sidebar id=”poLIMwORQO0cR8pMbn878wK7si3W5Tgm”]Solace executives have been out talking to potential investors for the past few months, according to two of the people, both LPs in the market who have heard the pitch.

The firm focuses on control-oriented special situations and distressed for control investments in the lower middle market, according to one of the people with knowledge of the firm. Solace targets companies mostly in the United States, the person said. The firm will target investments of $10 million to $75 million, the person said.

Brothers was a managing director at Oaktree from 1996 to 2006, when he joined Saybrook Capital as managing partner and co-portfolio manager. He left Saybrook in June 2013.

Cebula worked as an aviation consultant at Centerbridge Partners from 2012 to February 2013, and before that as a managing director at Jefferies & Co. He worked at Oaktree from 1994 to 2007, according to his LinkedIn profile. At the beginning of his career, Cebula worked as an associate in corporate finance at Drexel Burnham Lambert, his profile said.

Wyard, meanwhile, worked as managing director and co-head of Carlyle Strategic Partners from 2005 until 2012. Prior to Carlyle, Wyard was a managing director at Oaktree, which he joined in 1999 and was involved in helping the firm expand its focus into Europe, according to his biography online.

Fundraising for distressed strategies has gotten tougher in the strong markets as deals are harder to come by. In early August, Apollo Global Management co-founder Josh Harris essentially said he was keeping his fingers crossed for some good, old-fashioned market dislocation.

One of the legendary distressed focused firms in the business, Oaktree is reportedly hedging its bets for a downturn. The firm is reportedly out seeking $10 billion for its next flagship vehicle, with plans to invest $3 billion of the pool right away and reserve $7 billion until more distressed opportunities arise, Bloomberg News reported this week.

Private equity data provider Preqin said last year was not a good one for distressed fundraising, and things aren’t looking up (which is good news for us non-distressed focused people, presumably).

“Preqin’s data shows how 2013 was a poor year for distressed private equity fundraising and this trend could well continue with a shortage of potential deals that require turnaround,” Preqin said in its “Distressed Private Equity Outlook for 2014.” “The increasing availability of debt in Europe and the popularity of ‘amend and extend’ arrangements continue to delay the flow of distressed opportunities.”

At the beginning of the year, 58 distressed private equity funds were in the fundraising market, focusing on distressed debt, special situations and/or turnarounds, seeking $41 billion, Preqin said.

Still, some institutional investors are making bets on distressed-focused managers on the theory that the good times won’t last forever.

“There are a number of LPs who feel the current market is at a cyclical top as it was in 2007, and that sometime soon the economy will reverse,” said Kelly DePonte, managing director with placement agency Probitas Partners. “Their key concern is when that will be — putting money too early into a distressed fund just to have the capital sitting on the sidelines dramatically hits IRR — and if that will result in distressed opportunities. Will the Central Banks pull out all the stops again or has that bullet already been fired?”