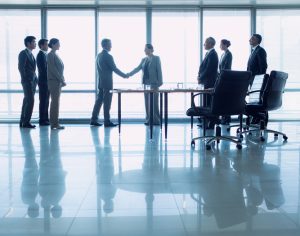 Insight Partners and Clearlake Capital are exploring options for Diligent, a governance software company, that could be valued at around $4 billion in a transaction, seven sources familiar with the process told PE Hub.

The firms hired UBS to advise Diligent on the process, the people said.

A deal could be structured as a recapitalization, two sources said.

The process for the software company, which provides technology for board members and senior executives, is kicking off now, the people said. A deadline for first-round bids has not been set, the people said.

Diligent, headquartered in New York City, provides secure governance and collaboration technology for boards and senior executives. The company offers secure access to time-sensitive and confidential information and aims to improve the way board materials are produced, delivered and collaborated across any device. It services more than 140,000 executives worldwide.

The company employs nearly 750 people, according to its LinkedIn page.

Diligent is projected to produce nearly $180 million in 2020 EBITDA, the sources said. In 2019, the company generated $325 million in revenue, the people said.

The deal is expected to value the company at around $4 billion, which commands a 22x EBITDA multiple, the sources said. Another source said the company could be valued even higher.

“There are only so many PE firms that are able to write that check size,” one of the sources said.

It appears that Insight is set to make a strong return on its initial investment in Diligent.

The New York-based PE firm took Diligent private in April 2016 for $624 million, according to the company’s announcement at the time.

Clearlake Capital took a minority position in the company in February 2018.

Insight Partners and Clearlake Capital declined to comment. Diligent and UBS did not return PE Hub’s requests for comment before press time.