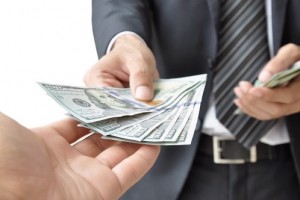 Lee Equity Partners is restructuring its first and only fund, giving limited partners the option to sell their interests at a premium to net asset value or to roll into a new vehicle that will house the remaining portfolio companies, according to three people with knowledge of the process.

The exact price at which LPs can sell their stakes is not clear. But one person with knowledge of the transaction described it as a premium to NAV as of Dec. 31, 2014. Those who stay with the GP can roll their interests on “substantially” the same terms as before, two of the people said.

AlpInvest Partners is leading an investor group that will buy out LP stakes and provide additional capital into a bridge fund that will allow the firm to make new investments. Bridge funds are a way for GPs to invest after the prior fund’s investment period has expired, but before the firm is ready to raise its next vehicle. The investment period on Lee Equity Partners I, which closed on about $1.1 billion around late 2008, expired in June, the person said.

LPs were to vote on the deal this week, one of the people said. LPs must decide first whether to consent to the transaction overall, and then whether they will sell or stay with the GP. It’s not clear exactly which companies are included in the restructuring, or the remaining NAV for the fund.

Thomas H. Lee formed Lee Equity after he left Thomas H. Lee Partners in 2006. Fund I was generating a 7.8 percent internal rate of return and a 1.24x multiple as of Dec. 31, 2014, according to alternative assets data provider Bison.

Investors in the first fund include several New York City pension funds and the Teacher Retirement System of Texas, according to Bison.

Fund I had a rough early life, although the fund has recovered over time. One of its early portfolio companies, women’s clothing retailer Deb Shops, filed for bankruptcy in 2011. The firm acquired Deb Shops in 2007 in a deal valued at $395 million.