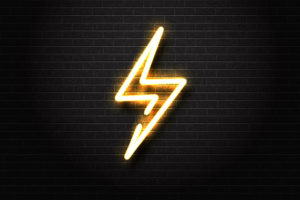 Wells Fargo and Lazard Freres are advising OSI on its sale process, which is headed to its second round, according to sources. Interested parties that bid higher than $900 million were expected to enter the auction’s second round, the people said.

Marlin Equity, Thomas H Lee and Providence Equity were among private equity bidders in the first round. However, Providence has since dropped out of the process, the people said.

It is unclear if the other parties have moved forward. One of the people said seven bidders were accepted into the second round. Emerson Electric, a strategic, also is taking a close look at the company, some of the sources said.

OSI in an email to PE Hub denied that a process is underway.

OSI, based in Medina, Minnesota, provides automation software used for the real-time management and optimization of production, transport and delivery networks for utilities in the electric, oil and gas, transportation and water industries.

OSI has grown to a sizable business since its founding in 1992 by Bahman Hoveida and Ron Ingram.

The company produces around $55 million in EBITDA and around $175 million in revenue, the sources said. A potential sale could value the company at around $1 billion, they added.

OSI isn’t expected to be significantly impacted by covid-19 as its business model is subscription-based, some of the sources said.

Broadly, the structure of subscription contracts is an important factor to evaluate when it comes to the company’s risk positioning, tech investors and bankers told PE Hub in early April.

If the company operates under an annual contract and its billing date is in January or February, the company is clear for the following year and the pandemic won’t influence revenue significantly, Eric Crowley, banker at GP Bullhound, told PE Hub at the time.