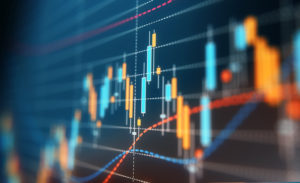 The tech community is expressing optimism for the recovery ahead, according to a recent survey compiled by Stifel’s Global Technology Group.

The Stifel platform surveyed nearly 300 tech entrepreneurs, CEOs, PE and VC investors to learn how the sector views the recession as it prepares to combat the fallout from covid-19.

The response has been surprisingly positive, supporting the sentiment that the tech sector hasn’t been hit too hard by covid-19, Cole Bader, co-head of Stifel’s Global Technology Group, said.

Many VCs, tech-only PE firms and CEOs are, “by definition a relatively optimistic lot,” Bader said. Software companies, in particular, aren’t feeling any pain, he said: “They are recurring revenue businesses so they are not seeing any cancelations yet.”

The investment banker added that most tech-focused CEOs and investors are expecting a much shorter recovery compared with professionals in other sectors.

“I think in other sectors there is an expectation that this is becoming a much longer U, well into 2021,” Bader said.

Tech CEOs and tech investors don’t expect significant layoffs, either. Most respondents expect to reduce their staff only slightly, if at all.

Just over half of respondents, 52 percent, said they don’t expect any layoffs, while 39 percent said they expect to have minimal layoffs. This response is much more optimistic than other sectors, Bader said.

For example, Bader commented, “we have retail and consumer clients saying they plan to lay off 90 percent of their stuff.”

Respondents were also optimistic that purchase prices of potential portfolio company exits will be minimally impacted this year. Per the survey, 73 percent expect deal values in 2020 to fall  just 5 percent to 20 percent.

On the buy side, 54 percent said they expect valuations for acquired companies in 2020 to retreat 5 percent to 20 percent.

This optimism appears to be translating from a new M&A perspective, and especially on the PE side, the banker said. According to the survey, 76 percent of respondents continue pursuing add-on acquisitions and pushing their portfolio companies to pursue targets.

“I think there are pretty active PE firms right now that are out looking for opportunities,” Bader said. Firms are looking beyond their own portfolios and evaluating what they can go out and buy at this point — particularly on the public company side, where stocks are down so much, he said.

Still, Bader gave warning to the overoptimistic, cautioning that tech assets are often exposed to other industries and their challenges.

While some areas will come back faster – all e-commerce and some software, for instance — many other segments of tech may require more than six months to return to normalcy, he said.

“Tech entrepreneurs need to remember that their customers are in other sectors and those are getting hit pretty hard,” Bader said.