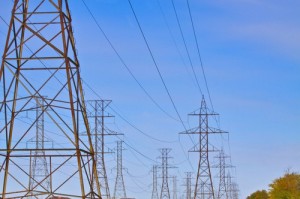 The New York Public Service Commission has approved a plan to build the Champlain Hudson Power Express transmission line, capable of moving 1,000 megawatts of hydropower over a 330-mile distance from Québec to New York City. According to Reuters, developer Transmission Developers Inc., whose lead investor is U.S. private equity firm Blackstone Group, has estimated the project will take over three years to construct at an estimated cost of US$2.2 billion. The Québec part of the line will be developed by Hydro-Québec.

Albany, NY—04/18/13—The New York State Public Service Commission (Commission) today approved the construction and operation of a 1,000 megawatt (MW) transmission line stretching 330 miles from the Canadian border to Astoria, Queens, primarily through Lake Champlain and the Hudson River, with some segments on land, primarily in railroad or state highway rights-of-way. The line would terminate at a converter station located in Consolidated Edison’s Astoria annex. From there, one high voltage, alternating current (HVAC) circuit will connect, via underground conduit, to the nearby substation of the New York Power Authority (NYPA). From the NYPA substation, another set of HVAC cables would be located under the streets for about three miles to Con Edison’s Rainey substation.

The transmission line, estimated by the developer to cost $2 billion, would be built either underwater or underground along the entire length of the route, avoiding or minimizing visual and other potential environmental impacts. “With this order, we grant the developer a certificate to construct and operate a transmission project known as the Champlain Hudson Power Express Project,” said Commission Chairman Garry Brown.

“The certificate will adopt most of the terms and conditions presented to us in a joint proposal and in stipulations that have the full or partial support of a wide range of parties to this case.”

A critical factor in the Commission’s decision to approve the project is the fact that the financial risk to ratepayers is minimized since ratepayers will not be required to assume the financial risks to build the project; ratepayers will be protected from construction and operation costs. While the Commission’s decision represents a major step to build the privately funded transmission line,
it is not the final step; project developers still need to obtain several Federal permits, as well as secure private financing. The project owners, Champlain Hudson Power Express, Inc. and CHPE Properties, Inc., applied for a certificate of environmental compatibility and public need for the siting of major utility transmission facilities to construct and operate the high voltage, direct current transmission line under Article VII of the Public Service Law. The regulatory review of the project under Article VII was rigorous and complete.

In addition to providing renewable energy and shielding ratepayers, the project offers other significant benefits:
 The facility would provide substantial annual air pollutant emissions benefits;
 Bringing hydroelectric power to New York City would enhance fuel diversity as New York City currently relies significantly on gas- and oil-fired generation, which raises both fuel diversity and
electric reliability concerns. The energy imported could amount to more than 10 percent of the energy consumption in the city, a significant amount of added capability that would enhance
energy security by providing another source of power;
 The interconnection with the Quebec, Canada regional transmission system would provide stronger transmission ties into New York City, one of the most congested load pockets in the
state;
 The new power line would help reduce strain on the gas transportation system by allowing imports of electricity from outside the city. Demand for natural gas use is increasing in New
York City due to increased use of gas for electric generation and the gas conversion needs resulting from New York City’s phase out of use of #4 and #6 oils for home and business heating
purposes. The increase in gas demand could strain the gas transportation system into and within New York City;
 The addition of a major new supplier would help reduce the ability of various players to exercise market power. New York City is an area with pivotal suppliers having the ability to exercise
market power, but suppliers are constrained by federal market rules.; and
 There would be significant environmental enhancements. While negative environmental impacts are minimal, the applicants have agreed to create and fund a $117.15 million trust for the enhancement of aquatic habitats and fisheries resources in Lake Champlain and the Hudson, Harlem, and East rivers and their tributaries.

The proceeding began with an application filed March 30, 2010 and, after several supplements, ultimately deemed compliant as of August 11, 2010. Negotiations among the parties resulted in the joint proposal filed in February 2012 and further stipulations in June, July and October 2012. The joint proposal used as the basis for the Commission’s decision was supported by several state
agencies, the cities of New York and Yonkers, Consolidated Edison, and several environmental organizations, including Riverkeeper, Inc. and Scenic Hudson, Inc. Changes in the route from what was initially proposed helped reduce environmental impact. Full evidentiary hearings were conducted on the joint proposal in July 2012, followed by post-hearing briefs. There were two rounds of public statement hearings conducted along the route of the project, both early in the case and following the submission of the joint proposal, and members of the public have submitted written comments as well.

The Commission’s decision today, when issued, may be obtained by going to the Commission Documents section of the Commission’s Web site at www.dps.ny.gov and entering Case Number 10-T-0139 in the input box labeled “Search for Case/Matter Number.” Many libraries offer free Internet access. Commission orders may also be obtained from the Commission’s Files Office, 14th floor, Three Empire State Plaza, Albany, NY 12223 (518-474-2500). If you have difficulty understanding English, please call us at 1-800-342-3377 for free language assistance services regarding this press release.