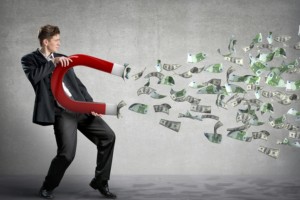 Palladium Equity Partners has held a final close on its fourth private equity fund, beating its original target and cap by collecting $1.14 billion, the firm confirmed.

Fund IV, which held a first close in the summer of 2012, had a target of $800 million and a hard cap of $1 billion. Limited partners this month approved raising the hard cap slightly to accommodate demand, the firm said, according to sister website peHUB.

The general partner kicked in a commitment of slightly more than 2 percent, or more than $22 million, according to a person with knowledge of the fundraising.

Fundraising momentum began to pick up last year after the firm scored some big exits and returned a record amount of capital to LPs. Eight of Palladium’s investments have generated investment multiples of at least 2x, according to documents from backer Los Angeles County Employees’ Retirement Association. LACERA committed $100 million to the new fund earlier this year.

“While staff is impressed by the two 9x home runs, of greater significance is the disciplined value creation process that manifests itself across the entire portfolio,” the LACERA documents said. The two home runs included American Gilsonite, which was generating an overall 10x multiple, and a Fund II investment, Prince Minerals, which was generating a 9.1x multiple, according to the documents.

The firm’s 2005 vintage third fund, which raised $775 million, was generating an 18.7 percent internal rate of return since inception as of September 30, 2013, according to performance information from the California State Teachers’ Retirement System.

Palladium invests in lower-middle-market companies, particularly in founder-owned enterprises serving the Hispanic market. With Fund IV the firm expects to make control-oriented investments of $15 million to $75 million in companies generating EBITDA in the $5 million to $25 million range, according to a fund summary from Portfolio Advisors prepared for the Pennsylvania Public School Employees’ Retirement System.

Industries Palladium focuses on include consumer, financial, healthcare and media, according to PSERS documents. The firm started deploying the fund more than a year ago, investing in January 2013 in the recapitalization of Hispanic-market focused cookware and household products business Hy Cite Enterprises. The investment was made in partnership with the company’s founding family and management team, according to a press release.

Marcos Rodriguez founded the firm in 1997.

(Correction: An earlier version of this report incorrectly stated a GP commitment of more than $220 million, instead of more than $22 million. The report has been fixed.)