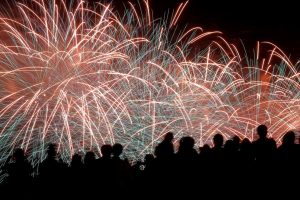 Very quickly heading for a long holiday weekend. I don’t know about you, but remote work makes for some busy weeks … maybe it’s just a lot of stuff going on in PE land.

A reminder, we’ll not be publishing a PE Hub Wire tomorrow. Back Monday as usual.

We have a lot of news today. One thing we’re noticing is that M&A is getting steadily busier. The deal reporters on PE Hub have all kinds of tips flowing in. I’m hearing from my contacts that several GPs are preparing liquidity option-type deals to launch after Labor Day. They are waiting for June 30 portfolio marks to come out, which generally hit around August or even later in September.

Once that happens, the expectation is the flood gates will open on secondary and regular M&A activity. Others though expect to wait until the fourth quarter for transactional activity to really kick start.

Here’s One: TPG is evaluating the sale of WellSky, a software company serving post acute-care providers. A sale could fetch a valuation of around $3 billion, Sarah writes on PE Hub today. Check out the story here.

TPG acquired WellSky from Thoma Bravo in February 2017. Thoma Bravo around 2013 took the company private for $194.6 million in cash.

Protests: Groups of protesters descended on the Hamptons this week and gathered near billionaires’ homes to highlight income inequality. This included a visit to the home of Steve Schwarzman, according to an article in the New York Post.

Of course, LPs only have limited ability to affect change as passive partners in funds. Their real leverage comes in their ability to open their wallets for a manager’s new fund. This is especially effective for those firms that have to work hard for new capital, and becomes even more significant in downturns when fundraising slows.

Regardless of the issue – mass incarceration, fossil fuels, bail bonds, predatory lending, wealth inequality or gun control – activists and politicians are taking aim at LPs, something that had not really occurred until recent years. It shows an evolving attitude and sophistication on the part of activist groups about where exactly the pain points lie when it comes to a private equity firm.
Read the story here on Buyouts.

Top Scoops
Harvest Partners launched its third non-control, structured capital fund into the market dislocation that should make for ample opportunities for the strategy, writes Kirk Falconer on Buyouts.
Harvest created its structured capital group in 2014. The team specializes in making senior equity or junior debt investments ranging from $50 million to $300 million in companies with revenue and values of $100 million to $1 billion. Read it here.

Have a great long weekend! Hit me up as always with tips n’ gossip, feedback or just to chat at cwitkowsky@buyoutsinsider.com, on Twitter or find me on LinkedIn.