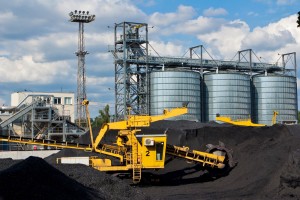 Corsa Coal Corp (TSX-V: CSO), a supplier of quality metallurgical coal for steel production, has agreed to a private placement to raise US$8 million in gross proceeds. Participants in the deal will include existing investors U.S. private equity firm Quintana Capital Group, Canadian private equity firm Sprott Resource Corp, and vehicles controlled by a trust in the name of Adolf H. Lundin. Sprott Resource Lending Corp (SRLC), the company’s senior lender, also invested.  In connection with the deal, Corsa also agreed to amend the terms of a US$25 million credit agreement with SRLC and other lenders. Based in Canonsburg, Pennsylvania, Corsa has an office in Toronto.

Corsa Announces Private Placement of Common Shares for US$8.0 Million and Amendments to Credit Agreement

CANONSBURG, PA, March 22, 2016 /CNW/ – Corsa Coal Corp. (TSXV: CSO) (“Corsa” or the “Company”) is pleased to announce that it has entered into subscription agreements with affiliates of Quintana Energy Partners II, L.P. (“Quintana”); Sprott Resource Partnership (“Sprott Resource”); Lorito Holdings S.à r.l. (“Lorito”) and Zebra Holdings and Investments S.à r.l. (“Zebra”), two companies controlled by a trust settled by the late Adolf H. Lundin; and Sprott Resource Lending Corporation (“SRLC”) to complete a non-brokered private placement (the “Private Placement”) for an aggregate of 207,744,000 common shares of the Company (“Common Shares”), to be issued at C$0.05 per Common Share for gross proceeds of US$8.0 million (C$10.39 million based on an exchange rate of US$1.00:C$1.2984, being the Bank of Canada’s noon rate on March 17, 2016). In connection with the Private Placement, Corsa’s wholly-owned subsidiary Wilson Creek Holdings, Inc. (“WCH”) has entered into a second amending agreement (the “Second Amending Agreement”) to amend certain terms of the credit agreement (the “Credit Agreement”) governing the US$25 million credit facility (the “Facility”) made available by lenders, including SRLC., to WCH.

George Dethlefsen, Chief Executive Officer of Corsa, commented, “We are pleased to have the support and participation of our largest three investors as well as our senior lender in this financing round. This financing strengthens Corsa’s liquidity as we look to position the Company for growth when market fundamentals recover. While the operating environment for coal producers remains highly challenging, we have seen a rise in spot pricing for hard coking coal in the past two months. This move has been driven by supply cuts globally, an improving exchange rate for U.S. exporters, and improving fundamentals in the steel sector.”

Amendment to the Credit Agreement

Corsa is one of the leading suppliers of premium quality metallurgical coal, an essential ingredient in the production of steel, which is necessary for the secular trends in global urbanization. Our core business is supplying metallurgical coal with the highest safety, yield, and strength characteristics to domestic steel producers while being a strategic source of supply in the Atlantic and Pacific basin markets. Corsa also offers high heat content, low delivered cost coal to major utilities and industrial users in the Southeast region of the U.S.

Additional Disclosure regarding the Private Placement

Completion of the Private Placement is subject to a number of conditions, including TSXV approval. Trading in the securities of Corsa should be considered highly speculative.