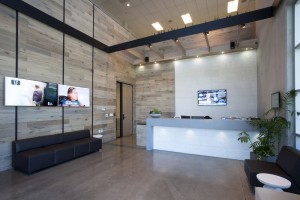 Alaris Royalty Corp. (“Alaris” or the “Corporation”) (TSX:AD) is pleased to announce a contribution of US$30.0 million (approximately CAD$39.6 million) (the “Providence Contribution”) to M-Rhino Holdings, LLC, operating as Providence Industries and MyDyer (“Providence” or the “Company”), in exchange for an annual distribution of US$4.5 million (approximately CAD$5.94 million) (the “Providence Distribution”). The Providence Distribution will account for approximately 6% of Alaris’ annualized revenue and is accretive to cash flow adding approximately $0.08 cents per share to Alaris’ net cash from operations (after tax). Alaris is also pleased to announce that it has made an additional contribution to a US affiliate of LMS Limited Partnership (collectively “LMS”) for a total of US$4.35 million (CAD$5.8 million) (the “Additional LMS Contribution”). The Corporation has also received $8.4 million of proceeds (the “Centric Proceeds”) from Centric Heath Corporation (“Centric”). Alaris funded the Providence Contribution and the Additional LMS Contribution with the Centric Proceeds and funds drawn on its CAD$200.0 million credit facility (the “Facility”), leaving approximately CAD$135.0 million of undrawn capacity on the Facility (including the $50 million accordion feature) following today’s announcements.

Providence is a leading provider of design, engineering, development, manufacturing and sourcing services for international apparel companies and retailers. The Company utilizes its extensive global network of sourcing and manufacturing partners to provide value-added sourcing excellence to customers, combined with rapid speed to market. In addition, Providence’s unique design expertise and focus on innovation enables customers to remain at the forefront of evolving fashion trends. The Company has an experienced management team with significant industry “know-how”, which is supported by a talented workforce of over 300 employees. Providence plans to continue to grow with current customers and add new customers that complement its current client and sourcing bases. The Company is headquartered in Long Beach, CA.

“Alaris is proud to have been chosen by Providence as their equity partner as they look to continue with their impressive growth. Providence has an experienced ownership group that sees many years of growth ahead for the company so Alaris’ less dilutive equity was a natural fit. Providence has a proven business model that has attracted the top customers in the industry and we look forward to supporting their ongoing success,” said Steve King, President and CEO, Alaris.

Based on Alaris’ review of Providence’s unaudited internal proforma results for the twelve month period ended December 31, 2015, management of Alaris believes that Providence would have an earnings coverage ratio greater than 2.0x, after giving effect to the Providence Contribution, other changes to Providence’s capital structure and the Providence Distribution payable to Alaris.

Other Updates
On March 16, 2016 Alaris made the Additional LMS Contribution of US$4.35 million (CAD$5.8 million) in exchange for an annual distribution of US$622,000 (approximately CAD$818,000) (the “Additional LMS Distribution”) for the first full year following closing (for 2016 Alaris will receive the pro-rata portion of the Additional LMS Distribution based on the calendar days remaining in the year). The Additional LMS Distribution will be adjusted annually (with the first reset being January 1, 2018), subject to a 6% collar. LMS used the proceeds from Alaris to fund a portion of the purchase price for a strategic acquisition of a rebar fabricator and installer in California. The acquisition diversifies LMS’ business geographically while also giving them access to many of their existing customers in a much larger market.
On March 22, 2016, Alaris received the $8.4 million of Centric Proceeds as payment in full for the $8.4 million note (the “Centric Note”) issued to Alaris on March 7, 2016, which was a part of the final $38.4 million redemption cost of Alaris’ units in LifeMark Health Limited Partnership (“LifeMark”). Following the receipt of the Centric Proceeds on March 22nd, Alaris has fully exited its legacy investment in LifeMark. Alaris first contributed capital to LifeMark in December 2004 and did so an additional six times for a total of $67.5 million of preferred units in LifeMark (the “LifeMark Units”). From December 2004 through March 2016 Alaris collected over $77.2 million of distributions on its LifeMark Units and $123.4 million in cash for the redemption of those units.

Alaris filed its annual information form (“AIF”) for the year ended December 31, 2015 on March 30, 2016. The AIF can be accessed via Alaris’ website at www.alarisroyalty.com under the “Investors” section located in the 2015 column of the “Financials and Regulatory Filings” sub section.

ABOUT THE CORPORATION:
Alaris provides alternative financing to the Partners in exchange for distributions with the principal objective of generating stable and predictable cash flows for dividend payments to its shareholders. Distributions from the Partners are adjusted each year based on the percentage change of a “top line” financial performance measure such as gross margin and same-store sales and rank in priority to the owners’ common equity position.

NON-IFRS MEASURES:
EBITDA refers to net earnings (loss) determined in accordance with IFRS, before depreciation and amortization, net of gain or loss on disposal of capital assets, interest expense and income tax expense. EBITDA is used by management and many investors to determine the ability of an issuer to generate cash from operations. Management believes EBITDA is a useful supplemental measure from which to determine the Corporation’s ability to generate cash available for debt service, working capital, capital expenditures, income taxes and dividends. The Corporation has provided a reconciliation of net income to EBITDA in this news release.

Normalized EBITDA refers to EBITDA excluding items that are non-recurring in nature, such as gains associated with the reduction of our financial interest in one partner or an impairment loss in another with which the Corporation has transacted as well as the impacts of non-cash foreign exchange gains and losses. Management deems non-recurring charges to be unusual and/or infrequent charges that the Corporation incurs outside of its common day-to-day operations.

Earnings Coverage Ratio refers to normalized EBITDA of a Partner divided by such Partner’s sum of debt servicing (interest and principal), unfunded maintenance capital expenditures and distributions to Alaris.

FORWARD LOOKING STATEMENTS
This news release contains forward-looking statements as defined under applicable securities laws. Statements other than statements of historical fact contained in this news release may be forward-looking statements under applicable securities legislation, including, without limitation, management’s expectations, intentions and beliefs concerning: the return to Alaris on the Providence Contribution; the Providence earnings coverage ratio; and the Additional LMS Distribution. Many of these statements can be identified by looking for words such as “believe”, “expects”, “will”, “intends”, “projects”, “anticipates”, “estimates”, “continues” or similar words or the negative thereof. In particular, this news release contains forward looking statements with respect to: the yield to Alaris on the Providence Distribution and the Additional LMS Distribution. To the extent any forward-looking statements herein constitute a financial outlook, including, without limitation, estimates regarding the Providence earnings coverage ratio and Alaris’ annualized revenue and net cash from operations per share, they were approved by management as of the date hereof and have been included to provide an understanding with respect to Alaris’ financial performance and are subject to the same risks and assumptions disclosed herein. There can be no assurance that the plans, intentions or expectations upon which these forward looking statements are based will occur.

By their nature, forward-looking statements require Alaris to make assumptions and are subject to inherent risks and uncertainties. Assumptions about the performance of the Canadian and U.S. economies over the next 24 months and how that will affect Alaris’ business and that of its Partners are material factors considered by Alaris management when setting the outlook for Alaris. Key assumptions include, but are not limited to, assumptions that the Canadian and U.S. economies will grow moderately over the next 12 months, that interest rates will not rise in a material way over the next 12 to 24 months, that the Partners will continue to make distributions to Alaris as and when required, that the businesses of the Partners will continue to grow, what the Corporation expects to experience regarding resets to its annual royalties and distributions from its Partners upon the reset dates for each Partner, and that Alaris will have the ability to raise required equity and/or debt financing on acceptable terms. Management of Alaris has also assumed that capital markets will remain stable and that the Canadian dollar will remain in a range of approximately plus or minus 10% relative to the U.S. dollar over a 12 month period. In determining expectations for economic growth, management of Alaris primarily considers historical economic data provided by the Canadian and U.S. governments and their agencies.

Accordingly, readers are cautioned not to place undue reliance on any forward-looking information contained in this news release as a number of factors could cause actual future results, conditions, actions or events to differ materially from the targets, expectations, estimates or intentions expressed in the forward-looking statements. Statements containing forward-looking information reflect management’s current beliefs and assumptions based on information in its possession on the date of this news release. Although management believes that the assumptions reflected in the forward-looking statements contained herein are reasonable, there can be no assurance that such expectations will prove to be correct.

The forward-looking statements contained herein are expressly qualified in their entirety by this cautionary statement. The forward-looking statements included in this news release are made as of the date of this news release and Alaris does not undertake or assume any obligation to update or revise such statements to reflect new events or circumstances except as expressly required by applicable securities legislation.
Neither the TSX nor its Regulation Services Provider (as that term is defined in the policies of the TSX) accepts responsibility for the adequacy or accuracy of this release.