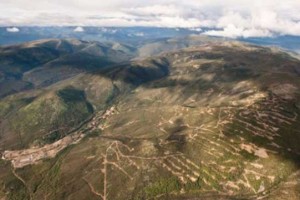 Canadian mining company Victoria Gold Corp (TSX-V: VIT) has launched a $24 million private placement transaction. Electrum Strategic Opportunities Fund, a private equity fund managed by U.S. investment firm Electrum Group, will account for most of the money, giving it an approximate 13.6 percent interest in Victoria. Sun Valley Gold LLC, a U.S. hedge fund, will account for the rest, increasing its current stake to about 18 percent. With the deal’s close, Electrum will have the right to nominate a board director. Toronto-based Victoria said the funds raised will be used to continue exploration and development of the company’s Eagle Gold Project in Yukon.

TORONTO, ON–(Marketwired – April 20, 2016) – Victoria Gold Corp. (TSX VENTURE: VIT) “Victoria” or the “Company” intends to issue 80,000,000 units (the “Units”) in a non-brokered private placement to Electrum Strategic Opportunities Fund L.P. (“Electrum”) and existing, significant shareholder, Sun Valley Gold LLC (“Sun Valley”) (the “Offering”). The Units will be issued at a price of C$0.30 per Unit for gross proceeds of C$24,000,000. Electrum has agreed to subscribe for 60,000,000 Units, while Sun Valley has agreed to subscribe for 20,000,000 Units. Upon closing of the private placement, Electrum is expected to own approximately 13.6% of the issued and outstanding shares of the Company while Sun Valley’s ownership of the outstanding common shares of the Company will increase to approximately 18.0%.

All securities issued in the private placement will be subject to a statutory four month hold period. Closing of the Offering is subject to negotiation and execution of definitive documentation and receipt of all regulatory approvals, including approval of the TSX Venture Exchange.

The net proceeds of the Offering will be used to continue exploration and development of Victoria’s Eagle Gold Project in Yukon.

About the Dublin Gulch Project
Victoria Gold’s 100%-owned Dublin Gulch gold property is situated in the central Yukon Territory, Canada, approximately 375 kilometers north of the capital city of Whitehorse, and approximately 85 kilometers from the town of Mayo. The Property is accessible by road year-round, and is located within Yukon Energy’s electrical grid. The Company has constructed and maintains a 100 person all-season camp at the project site.

Olive-Shamrock is defined by a broad gold/arsenic in-soils geochemical anomaly and lies on the intrusive-sediment contact of the Potato Hills Trend (as does the Eagle Deposit) and is punctuated by several historically exploited high-grade sulphide veins. The Olive area was mined on a small scale from shallow shafts and adits in the early 1900’s and via placer mining in creeks draining the area. The Olive vein system is located near the top of Olive Gulch and consists of gold-bearing quartz-scorodite-arsenopyrite vein material centralized in a shear zone structure. More detail and a current summary of all Olive-Shamrock Zone exploration can be found on the Company’s website.

About Electrum
Electrum Strategic Opportunities Fund L.P. (“ESOF”), a mining-focused private equity fund, is a member of the Electrum Group of Companies (collectively “Electrum”) that are managed by The Electrum Group LLC, a U.S.-registered investment adviser that focuses on precious and other metals, engaging in strategic hands-on investing, global resources exploration and asset development. Electrum’s holdings include a significant stake in NOVAGOLD Resources Inc., owner of a 50% interest in the Donlin Gold Project in Alaska; as well as a controlling stake in Electrum-founded vehicle Sunshine Silver Mining & Refining Corporation, owner of the historic Sunshine Mine in the Idaho Silver Valley and the Los Gatos project in Chihuahua, Mexico. ESOF also owns significant stakes in Kaminak Gold Corporation, owner of the Coffee Gold Project in Yukon, Canada; NovaCopper Inc., owner of the Upper Kobuk Mineral projects located in Alaska’s copper-dominant Ambler Mining district; Wellgreen Platinum Ltd., owner of the Wellgreen platinum group metals and nickel project in Yukon, Canada; and Electrum Special Acquisition Corp., a special purpose acquisition company sponsored by ESOF. Electrum was founded and is majority-owned by the family of Thomas S. Kaplan, who serves as Electrum’s Chairman and Chief Investment Officer.

Cautionary Language and Forward-Looking Statements
Neither the TSX Venture Exchange, nor its Regulation Services Provider accepts responsibility for the adequacy or accuracy of this release. This press release includes certain statements that may be deemed “forward-looking statements”. All statements in this discussion, other than statements of historical facts, that address the expectations with respect to the consummation of the Offering, future exploration drilling, exploration activities, anticipated metal production, internal rate of return, estimated ore grades, commencement of production estimates and projected exploration and capital expenditures (including costs and other estimates upon which such projections are based) and events or developments that the Company expects, are forward looking statements. Although the Company believes the expectations expressed in such forward looking statements are based on reasonable assumptions, such statements are not guarantees of future performance and actual results or developments may differ materially from those in forward-looking statements. Factors that could cause actual results to differ materially from those in forward-looking statements include failure to enter into definitive documentation for the Offering or the failure to satisfy any closing conditions set forth therein, metal prices, exploration successes, continued availability of capital and financing, and general economic, market or business conditions. Accordingly, readers should not place undue reliance on forward-looking statements.