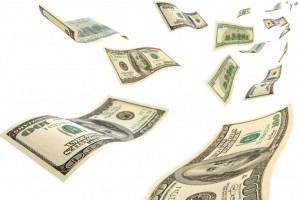 Frontenac Co., a 41-year-old firm that has faced serious challenges in the last decade, is making headway on its tenth fund, Buyouts reported recently.

The firm held a first close on the fund, Frontenac X Private Capital LP, at $165 million on Dec. 12, according to a source. The source also confirmed a Dec. 6 Dow Jones LBO Wire report that said Frontenac is seeking $400 million for the fund.

If the fundraising is successful, Frontenac X Private Capital LP would likely ensure the firm’s survival past the half-century mark–a rare feat for private equity–and, if nothing else, be a testament to the perseverance it has shown in surviving.

Frontenac was founded in 1971 as the investment arm of the Laird Norton Co., a family office with origins in the lumber business. Today the firm is known for partnering with family owners and founders of companies in the business services, health care services, tech-enabled solutions, commercial and industrial, and food and consumer industries. Its investments include Behavioral Health Group, a provider of outpatient substance abuse treatment; SIGMA International Group, an importer and distributor of iron fittings and other products used in wastewater infrastructure; and Wenner Bread Products, a producer of breads for bakeries and food service companies.

The firm spent the early half of the 2000s grappling with problems from the technology crash, after its eight fund, a $560 million pool launched in 2000, invested heavily in that sector as well as telecommunications, according to a late 2005 report in Crain’s Chicago Business titled, “Frontenac falls on hard times.”

Frontenac’s eighth fund had eked out a 1.35x investment multiple and a 4.5 percent internal rate of return as of March 31, according to data provider Preqin. That would land the fund in the bottom quartile of domestic buyout funds of that vintage year, according to Thomson Reuters data analyzed by Buyouts.

But the firm had its fair share of excellent returns in its history, including a $5 million investment in for-profit education company DeVry Inc. that was worth $23 million a few years later, Crain’s noted. So in 2009, a humbled Frontenac was able to raise $315 million for its ninth fund, after initially seeking $450 million when it started the process in 2006, according to Buyouts archives.

“They damn near died then,” a placement agent source familiar with the firm’s history told Buyouts.

Frontenac has executed sales of eight investments since the fourth quarter of 2010, plus one recapitalization, which resulted in 2.7x cash-on-cash returns, according to the source close to the firm.