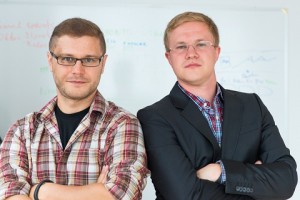 Toronto – September 5, 2013. This is a breakthrough year for leading photo-sharing platform 500px. The company has increased its community by over 150 per cent in less than a year to 2.5 million photographers and now gets over a billion page views and API request per month across the platform. In August, 500px closed $8.8 million in Series A funding from Andreessen Horowitz and Harrison Metal with Michael Dearing, Harrison Metal’s founder, joining the board of directors.

500px continues to build on this momentum by announcing the addition of some tech heavy hitters to its board and leadership team to further accelerate growth.

Patrick Lor, co-founder of iStockphoto (acquired by Getty Images in 2004) and CEO/co-founder of Dissolve, a stock footage company that helps brands tell better stories with video, joins the board as a director. He’ll offer a strategic perspective on the commercial licensing marketplace 500px will be rolling out in the new year. This marketplace will be designed first and foremost to ensure photographers are fairly compensated for their work while making it painless for people to license photos.

“Many photo-sharing sites treat photos as a commodity,” says co-founder and CEO, Oleg Gutsol. “We put our photographers at the center of our business by giving them greater exposure and additional revenue streams. Patrick Lor has a history of innovation in the image licensing space and shares our vision for the company — we’re excited to have him join our board.”

“500px is one of the most beautiful sites on the Internet,” says Patrick Lor. “People spend hours browsing amazing images and soaking in the creative inspiration from the community. Evgeny and Oleg and their team have an opportunity to disrupt the commercial photo space and help photographers earn a lot more money from their work. I’m excited to help 500px execute on this goal.”

Evgeny has moved to a new role at the company he founded. Effective immediately, he becomes Chief Product Officer, responsible for bringing the 500px vision to life with products that feature a pixel-perfect user experience that is second to none. He will supervise the product teams as they innovate and improve current offerings and create new products that add value for photographers.

Renat, one of the early partners of 500px, rejoins the company as Chief Technology Officer. Renat has extensive experience in mobile product development from his years at Samsung and Blackberry, as well a wealth of early stage startup expertise. A serial entrepreneur, he recently graduated from the prestigious Y Combinator Accelerator program in Silicon Valley. As CTO, Renat will be responsible for mapping the platform’s development and ensuring its ability to quickly scale as 500px continues its rapid expansion.

“Big ideas demand big thinkers,” says Oleg. “We’ve assembled a team of bright, innovative leaders who will help us push the boundaries of 500px as we work to achieve our goal of being the best photographer-centered platform in the world.”

500px is a premium photo-sharing platform for aspiring and professional photographers. It is powered by creative people worldwide and lets you discover, share, buy and sell inspiring photos. 500px was founded in late 2009 by two acclaimed photographers and entrepreneurs, Oleg Gutsol and Evgeny Tchebotarev. With over 2.5 million users and over a billion page views each month, it has grown to become the premier platform with the highest quality photography worldwide. In 2013, the company received $8.8 million in Series A funding from Andreessen Horowitz and Harrison Metal. For more information, please visit the 500px newsroom.