The EVCA Symposium officially opened today with a welcoming speech by EVCA chairman Javier Loizaga. He reeled off the usual stuff about what an exceptional year it’s been for the industry, confirmed by the official stats released earlier this week which showed the new heights the buyouts industry is reaching in Europe with more money raised and more invested in 2006 than any year before, with encouraging results for seed and early stage.

Loizaga remarked that the venture capital industry is at last looking like it has recovered from the effects of the bubble, citing the current craze surrounding the cleantech sector as one particularly hot area, which is a bit ironic considering there are already murmurs from some in the US that cleantech could itself become the next bubble.

Inevitably, discussion soon turned to the increased scrutiny private equity is under, especially from trade unions. “It’s taken us too long to defend ourselves against criticisms of our business model,” he said, before adding that private equity is one area which will keep Europe competitive in the globalised economy.

The need for the industry to defend itself, to be more pro-active in its approach, was an important theme of Loizaga’s speech, urging his audience to be more vocal, emphasising the need for EVCA members to sell private equity to a sceptical public rather than purely relying on EVCA itself. But he was at pains to stress the important part EVCA is playing in the fight, with the organisation recently joining forces with the ILPA and IPEA, and how it is now producing data, without the help of an intermediary, which any member can access, to assist the industry in improving the image of the industry.

He quickly moved onto transparency, observing the calls for greater exposure will not go away: “EVCA must push forward on this issue so that transparency becomes a cornerstone of the industry. The lack of transparency is an easy weapon for our opponents to throw back at us.” 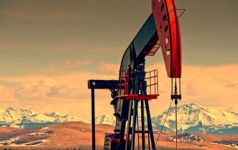 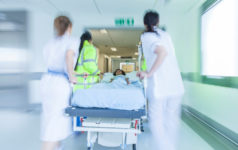 News Briefs 15 hours ago
Added to your Saved Articles
Loading
Unsave Article
Please confirm you would like to remove this article from your saved articles.
Share with other subscribers
Only logged in subscribers of this site will be able to access the shared article.