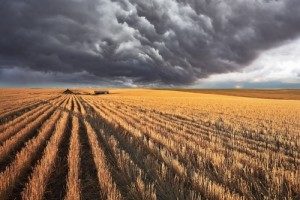 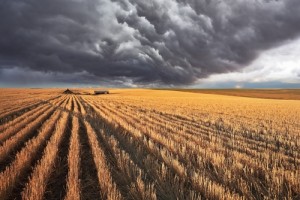 VC funds will soon be able to advertise in the US for retail investors. A storm is brewing. This a fundamental shift in US financial leadership and capital formation.

I wrote about this at peHUB last year and even though the SEC implementation July 5, 2012 deadline is far passed, SEC is getting close to changing the laws known as the SEC exemption Regulation D, 506 c, which allow for general solicitation for VCs, PE firms and hedge funds.

Last fall on August 29, 2012, the U. S. Securities and Exchange Commission issued its first proposals for rules under the JOBS Act that would relax general solicitation for accredited investors. The commissioners were upset that it was not a ruling as it was intended by the JOBS Act.

Signed into law on April 5, 2012, the Jumpstart Our Business Start-ups (JOBS) Act makes revolutionary changes to federal security laws which are over 70 years old. The changes include allowing issuers to advertise certain securities to accredited investors more freely, preparing IPOs to go public with discrete filing as well as relaxing the Sarbannes-Oxley Act compliance cost for five years for firms with less than $1 billion in revenue.

We wrote the details on how this would work last fall:

How does this apply to funds?

Since a previous ruling by the SEC under the Investment Company Act of 1940 (rule 3(c)1 and 3(c)7) identifies those private offerings as Regulation 506 offerings, the same relaxing of the rules will apply to funds as well. Secondly, the JOBS Act provides that offerings under 506 will not be a public offering for purposes of “other federal securities laws.” The 1940 Act would fall under that exemption, essentially making the Regulation 506 changes apply to funds as well.

As noted above, funds should prepare to advertise for capital through campaigns focused on the general public and on retail customers. This is the biggest change yet to the SEC Acts of 1933, 1934 and 1940. Removing the non-solicitation ban introduces a powerful new force into the marketplace.

Regulation D 506 c will be implemented and we will see a surge of ambulance chasing fund managers seeking retail investors’ capital. A potential explosion of foreign companies and funds will also seek financial media outlets in the US as this law will be confirming the geopolitical landscape in the US. Venture Capital, hedge funds and private equity funds will see their branding change in 2013 as small and desperate emerging fund managers will pay media in search for retail investors. Thus, my choice of the title for this piece – A Storm Is Brewing.

For now the rule has been delayed and the interim SEC Chair Elysse Walters may not have the desire to push the proposal for a commissioner vote to advance the proposal to becoming law. We may have to wait for Mary Jo White, being considered for the Chair of the SEC, to take the initiative.