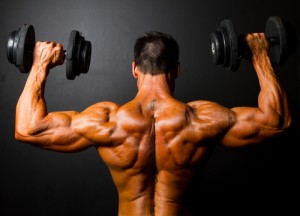 These transactions offset the negativity that has developed about cleantech investing in recent years.

Corporate venture capital investing has focused particularly strongly on cleantech startups as the sector stages a significant rebound. In 2012, more than 20 percent of energy venture investments involved a corporate partner, compared to 15 percent across all venture investments.

Transportation and energy companies such as General Motors, BMW and Shell have been among 182 companies creating or re-launching venture capital units in the last three years, bringing the total number of U.S. corporate venture arms to a robust 900. They invested $2.2 billion in 2012 and in 2011, an increase from $1.9 billion in 2010 and $1.3 billion in 2009, according to the National Venture Capital Association.

The newfound prevalence of corporate venture capital investment in clean technology has been especially obvious at Claremont Creek, where eight of the past 10 energy tech investments have included a corporate partner in the financing syndicate.

Corporations embrace startup investments because they offer a chance to be a major player in new or expanded markets, while startups often welcome corporation investments as a validation of their technology and for access to enhanced marketing and channel relationships.

Sometimes, a corporate venture capital investment leads to an outright acquisition, which, of course, has occurred in the case of Outerwall and ecoATM and looks to be a particularly strong win-win proposition.

Outerwall had its eye on ecoATM because its kiosks represent a hot new market. Outerwall is a purveyor of 64,000 coin-counting and Redbox movie and video game rental kiosks. It has now substantially enlarged its expansive repertoire of kiosks with ecoATM kiosks that quickly evaluate and buy back consumer electronics directly from consumers.

As people continue to buy unprecedented numbers of new smart phones, tablets and MP3 players, they will increasingly gravitate to the convenience of selling their used gear to a growing network of highly sophisticated kiosks designed to complete the cash transactions within minutes. EcoATM recently announced the aggregate purchase and recycling of 1 million smart phones and the like, about double the number a year ago.

As ecoATM starts a new chapter in its life under the direction of Outerwall, the company is still very much in a nascent stage. EcoATM is installing two new kiosks a day. By the end of this year, it will have 900 of them in 24 states. It has been making plans for international expansion and to improve its technology. EcoATM makes its money by selling the recycled electronics to refurbishers, who resell them mainly to insurance and warranty companies.

Success that we are seeing with ecoATM and Clean Power Finance bodes well for the ongoing growth of corporate venture capital investment in cleantech startups of various types.

Randy Hawks is a co-founder and managing director at Claremont Creek Ventures, where he focuses on early stage investments in energy technology and security companies. He was a board member of ecoATM. Follow Claremont on Twitter @claremontcreek.