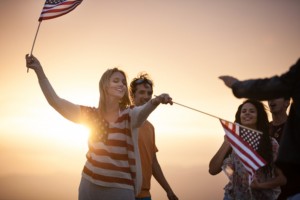 Note to readers: Your daily rundown of private equity deal news will not run on Monday, Sept. 6. The wire will be back to regular programming on Tuesday, Sept. 7. Now, to the news!

It’s looking like Labor Day weekend will shake out to be a pretty nice one in the aftermath of what panned out to be a devastating storm for many in the Northeast. I’m looking forward to a quick break from the city up in the Berkshires, how about you?!

Meanwhile, deal news is looking pretty stark ahead of the holiday weekend. That said, I’m hearing about lots of processes readying to launch this fall, and behind the scenes, I’m told the last two weeks of August are no longer “shutdown weeks” like they used to be, as one PE source put it.

There is in fact another mega deal brewing across the Atlantic involving a consortium led by Boston-based global investor Advent International.

The board is in support of the takeover. Existing shareholder Investor AB is as well, unless a superior offer of SEK 251 (~$29) per share or more is put forth by a competing third party, it said in a separate statement.

Road-tripping: Considering the surge of folks embracing RV travel, camping and the like through the pandemic, I presume L Catterton is making out well on one recent exit.

The firm has exited its investment in Airxcel, a maker of RV products, through a sale to Thor Industries, a publicly-traded manufacturer of recreational vehicles. The purchase price is $750 million. Read PE Hub’s brief on the deal.

The transaction sounds familiar, that’s because L Catterton sold Heartland RV — a fast-growing manufacturer of towable RVs — to Thor in 2010 for a total consideration in excess of $200 million in cash and stock.

Airxcel, for its part, manufactures a comprehensive line of high-quality RV products which they sell to original equipment manufacturers (OEMs) as well as consumers via aftermarket sales through dealers and retailers.

The company has grown through a multi-pronged strategy since L Catterton partnered with Airxcel in 2018. Over that period, it launched 55 new products, the firm said in a statement, while also doubling down on its European expansion.

That’s it! Have a safe and relaxing long weekend weekend. In the meantime, write to me at springle@buyoutsinsider.com with any tips, comments or just to say hello!