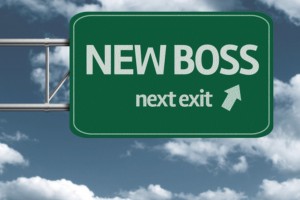 Advent International is in the market with one of the biggest Latin America-focused funds this year, targeting $2 billion, several limited partner sources have told peHUB.

However, the firm is moving forward in Latin America with a changed leadership structure that reflects the firm’s succession planning, bringing several people into leadership of the region to replace the co-head structure of the past.

Ernest Bachrach, Advent’s long-time Latin America guru, stepped back as co-head of the Latin America team in 2012, but remained a managing partner. He moved into the role of special partner in January, which is essentially a path to retirement.

Another veteran of the region, Alfredo Alfaro, who was a managing partner for Latin America focusing on Mexico, left the firm in 2012. Alfero, who joined Advent in 1996, is now a managing director of the Mexico business of alternatives investor Northgate.

Bachrach’s stepping back was part of a succession plan that has former Latin America co-head Juan Carlos Torres, along with seven other executives, taking the reins of the firm’s Latin American business.

Advent meanwhile is officially fundraising for its Latin American Private Equity Fund VI, targeting $2 billion, making it the biggest fund in the market this year for the region.

Advent closed its fifth Latin America fund on $1.65 billion in 2010, and its fourth fund on $1.3 billion in 2007. Fund V was generating a 4.9 percent internal rate of return and a 1.10x multiple as of Dec. 31, 2013, according to information from the California Public Employees’ Retirement System. Fund IV was producing a 13.4 percent IRR and a 1.6x multiple, according to CalPERS’ information.

Advent’s Latin American funds focus on control buyouts and expansion financings in companies across the region, focusing mainly on Brazil, Mexico and Colombia. The team targets high growth sectors such as financial services, airport services, business services, retail and consumer and education, according to Advent’s website.

Advent is in a crowded fundraising market in Latin America, and especially Brazil. Patria Investimentos recently closed its fifth Brazil private equity fund on $1.8 billion. Other firms in the market include Gavea Investimentos, BTG Pactual and The Carlyle Group.

Dana Gorman, a spokesman for Advent, declined to comment, saying only: “U.S. securities laws prohibit us from commenting on fundraising activity.”

Clarification: This story has been updated to clarify Ernest Bachrach, Advent’s former co-head of Latin America, stepped back from that role in 2012 but remained a managing partner. He moved into the role of special partner in January.