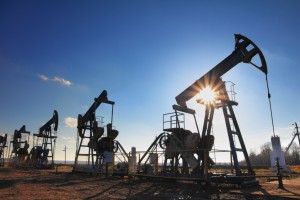 Wondering what’s hot with institutional investors? Keep an eye on what products advisers are creating for them. And right now at least two are in the market with energy funds of funds.

Meantime, FLAG Capital Management LLC, a Stamford, Conn.-based advisory shop, is in the market with its latest energy and natural resources fund of funds, FLAG Energy and Resources Partners III LP, according to a source familiar with the firm. The fund is earmarked for limited partnerships that invest in such assets as energy, timber, agriculture and commodities.

“With public markets at all-time highs and the fixed income opportunities less attractive, especially with rate increases on the horizon, investors are looking for alternatives to provide safe havens with potential upside,” said Jason Andris, a managing director of Venture Investment Associates. “Real assets, especially energy, addresses that need while serving as a hedge against inflation.”

Venture Investment Associates, which also manages diversified private equity and venture capital-only funds of funds, first broke out its energy investment program as a separate product in 2008. Its first energy fund of funds, vintage 2008, closed at $54 million, ahead of its $50 million target, while its 2011 vintage successor closed at about $81 million, ahead of its $75 million target.

Altogether Venture Investment Associates Energy III is likely to be earmarked for nine to 12 fund managers, who in turn will invest in 100 to 200 companies in energy and production, midstream services and associated energy technologies. Earlier this year the firm hired Adrian Garcia as a managing director to focus on the energy fund of funds from a newly-opened Houston office. Previously Garcia worked at energy private-equity shop Quantum Energy Partners, and earlier in his career he worked in the petroleum, chemicals and nuclear energy industries. Having Garcia onboard gives the firm more technical expertise in the market, Andris said; Fund III will consider co-investments alongside its sponsors.

Stathis Andris, the father of Jason Andris, founded Venture Investment Associates in 1993 to acquire and manage a $180 million private equity portfolio, called AVA Partners, that he had built over 20 years on behalf of American Express. Through AVA Partners, where he was president starting in 1981, Stathis Andris backed the first funds of some of the industry’s most successful sponsors, including Hellman & Friedman, Kohlberg Kravis Roberts & Co., Summit Partners, Sigma Partners and IVA, the predecessor to Institutional Venture Partners founded by venture capitalist Reid Dennis. Stathis Andris is the president of the general partner of all the firm’s funds.