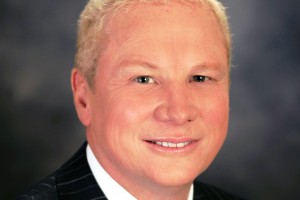 Terry Garnett and Dave Helfrich, the guys behind technology buyout firm Garnett & Helfrich Capital, could probably raise a second fund. The question is, why haven’t they?

Their first fund, a $350 million vehicle put together nearly a decade ago, has performed remarkably well, sister magazine Buyouts reports. To date, it has returned $600 million to investors, with another $600 million in unrealized gains sitting in the portfolio. When all is said and done, limited partners like Harvard Management Co, Stanford Management Co, and HarbourVest Partners, which put up the bulk of the capital, will likely earn four-times their money on this one fund.

“If you look at all buyout and venture funds from the 04/05 vintage year, we are near the top of the list, and we think there is even more upside in our fund,” said Garnett. As of the beginning of this year, the firm’s gross realized and unrealized performance was a 5.3x multiple and 32 percent IRR.

So, with that kind of track record, why hasn’t Garnett & Helfrich raised a second fund already? “Raising another fund means making another ten year commitment,” said Garnett. “We take that very seriously. That would mean building a whole new generation of companies. We still may do it, but we haven’t made that decision yet.”

At least 2 LPs contacted by Buyouts said Garnett & Helfrich has been talking to investors about the possibility of raising a $400 million successor since the beginning of the year. One had the impression that Helfrich would not be involved in the effort. Garnett declined to comment on the specifics of any fundraise. But he acknowledged there’s no guarantee that he and Helfrich would remain partners in any new fund. “I can’t speak for David, I don’t know what he would want to do,” said Garnett. Buyouts asked Helfrich about his future plans via email, but he did not respond.

In truth, the first fund has been a long and often bumpy road. Garnett said that, in the beginning, he had visions of building a private equity empire with multiple funds of ever-increasing sizes. But he quickly learned that managing a firm is often more difficult than nurturing a portfolio company.

Garnett & Helfrich quickly staffed up the firm with associates and directors, and then staffed down again in 2007 when they were forced to cancel a second fundraising targeted at $700 million, all the while creating an unflattering impression in the marketplace. “I mentally wrote (them) off as just another zombie,” a journalist at Fortune recently commented.

Garnett said mistakes were made. “Lots of private equity people focus on the raising of the money as the objective, but at the end of the day it’s all about the exits,” he said.

He was determined to press on and focus on what really matters: delivering returns. “We stripped things down to the bare essence,” he said. “Our message to LPs was that David and I are committed. We’re the ones you gave the capital to. We are going to make this work, and we are going to stick with this come hell or high water. And that’s what we’ve done.”

Tom Stein is a contributor to Reuters Buyouts Magazine. Subscribers can read the full story here. To subscribe, click here for the Marketplace.