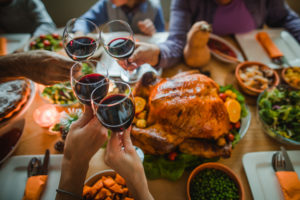 Let’s see what we can scrounge up before many of us bail out for the holiday. It’s a good chance to remind you, Dear Reader, how thankful we are that you’re with us each morning.

Energy: Alberta Investment Management Corp, like many energy investors, is having it both ways: investing in renewables while also continuing to keep a hold on traditional hydrocarbons, writes Obey Martin Manayiti on PE Hub.

The system is maintaining its focus on both sides of the energy coin through its recent investment in Howard Energy Partners, in which it previously owned a 28 percent stake, bwhich it increased to 87 percent. HEP management and other minority investors will have a 13 percent ownership stake.

Some technologies and innovations are still developing in the renewable energy side, bringing a cloud of uncertainty as to the scale at which they will become dominant, Ben Hawkins, the executive managing director and head of infrastructure, renewables and sustainable investing, told PE Hub.

Big un’: Hellman & Friedman and Permira led an investor group that closed its take-private of Zendesk, which provides software-as-a-service products. The deal values Zendesk at about $10.2 billion, according to a statement from the firms. Read it here.

Zendesk shareholders will receive $77.50 per share in cash. In a reflection of today’s financing environment, the deal included an around $5 billion debt package led by Blackstone Credit. The Blackstone team committed $1.5 billion to the deal, according to a statement from the firm.

New guy: Looking for capital? The nation’s largest pension system has a new PE chief.
CalPERS announced yesterday it named Anton Orlich as head of its private equity program, replacing Greg Ruiz, who left and joined Jasper Ridge Partners. Orlich joined the system last month in the new role of managing investment director for growth and innovation. That program will be merged into the system’s PE program, Private Equity International is reporting this morning.

Orlich formerly led private equity at Kaiser Permanente, which quickly ramped up its private equity net asset value under Orlich’s leadership (and now appears to be selling down some of that exposure on the secondary market under new leadership). Read more here on PEI.

Scheduling note: The US team will be off the rest of the week to celebrate Thanksgiving.
On Thursday and Friday, we’ve got a special holiday treat for our US audience. Craig McGlashan will do double-duty, writing the Wire for us as well as PE Hub Europe’s daily Dealflow newsletter.

It’s a good opportunity to take a taste of PE Hub Europe, which we’re offering complimentary access to for a limited time. Sign in or register to start reading today! MK will be back on the Wire on Monday.

That’s it for me! Have a great holiday week if you’re celebrating, and we’ll catch ya on the other side of the we/end! As always, tips n’ gossip, feedback, The Drama or book recs are always welcome. Reach me at cwitkowsky@buyoutsinsider.com or find me on LinkedIn.