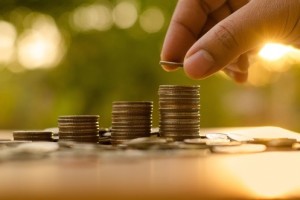 American Industrial Partners is preparing to close its sixth fund on around $1.75 billion, which could happen this week, according to three limited partners with knowledge of the firm.

Fund VI is set to close on target, the LPs said, which means AIP has more than doubled its fund size from the fifth flagship vehicle, which closed on $717.5 million (including the GP commitment) in 2011.

The leap in size caused some LPs concern, but that didn’t hinder AIP’s ability to raise its fund, which came almost entirely from re-ups with existing LPs, and a few “strategic” new investors, according to an LP.

One of the LPs, who did not invest with AIP, said a big jump in fund size would likely keep them from investing; however, the LP didn’t get to make that decision because Fund VI was already full, the LP said.

Another LP said, “We would love to get access” to the fund, even though the fund size expansion was a bit concerning. With a much larger fund, AIP will have to chase bigger deals, which could affect its ability to source proprietary deal flow, one of the ways AIP differentiates itself, two of the LPs said.

For the first time, AIP has added a bucket within Fund VI for distressed debt investments, two of the LPs said. The bucket can use up to $350 million, one of the LPs said.

Ben DeRosa, an AIP business development partner, did not return a call for comment.

LP desire for access into Fund VI is fueled by performance. AIP has produced top-quartile funds since its third vehicle, a 2000 vintage, according to an investment report from the New Jersey Division of Investment. Fund III produced a 41.79 percent IRR and a 2.5x total-value-to-paid-in multiple as of March 31, according to New Jersey.

AIP is managed by Partners John Becker, Dino Cusumano and Kim Marvin, who assumed control in a management restructuring in 2006, according to an older investment report from New Jersey. Under the management transition, carry was shared by all partners and professionals rather than a few top executives, the report said.

Update: This story was updated to include information about the distressed debt focus in Fund VI.