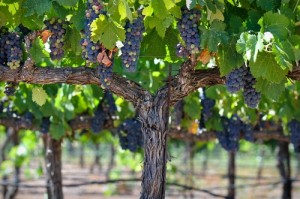 Airbnb, the home sharing company so hot even Peter Thiel is trying to throw money at it, is too big to stop.

But that isn’t keeping local lawmakers from trying to throw up roadblocks to the startup’s kudzu-like progression.

In New York City, it is said that up to half the apartments listed on the startup’s site are not legal to rent. Here, many renters are prohibited by law from providing short-term rentals. New York City has a law that makes offenders subject to massive fines of up to $20,000, but in an area with so many apartments, it is virtually impossible to fine or police all of them. The law is a paper tiger.

Airbnb’s inability to stay within jurisdictional regulations isn’t specific to New York City alone, and the startup’s CEO, Brian Chesky, recently said staying on the right side of government regulations is “a design problem we need to solve.” Of course, Airbnb will continue to make money hand over fist until this problem is solved, so how high this problem ranks on Chesky’s priority list is not clear.

It isn’t unlike the tale of car service app Uber’s struggle. That startup has run into difficulty in jurisdictions like New York and San Francisco.

In one tony Napa County, California town, it seems, the population is small enough, the real estate valuable enough and townie government foolish enough for regulators to successfully knock out AirBnb. Recently, the operator of an independent bed and breakfast in Yountville emailed her clients and notified them: “Yountville has told me I can no longer advertise my space on Airbnb.com.”

She asked peHUB to not be named.

The town, home to many of California’s most prestigious restaurants (as well as $8,500 wine-and-spa packages), insisted its rules are not directed specifically at the startup. Yountville prohibits unlicensed commercial rental of land for less than 30 days, similar to New York City—but unlike New York, Yountville vigilantly pursues the rule-breakers.

“Town staff monitors a number of web-sites such as Airbnb… to determine if there are potential violations of the land use regulations,” said Steven Rogers, the town manager. “In cases where a potential violation is found town staff advises the property owner of the town’s regulations and seeks voluntary compliance.”

Rogers ought to also be concerned about land that lies outside Yountville, where Airbnb rentals are available in abundance, and at a discount. Other towns don’t have the same provisions in place as they do in Yountville, it would seem.

When Uber’s attempt to install itself into a city’s culture gets a flat, sunk infrastructure costs become painful. After all, the company has to establish relationships with drivers and deploy electronics. When Airbnb catches the smackdown from Yountville’s town council, the company doesn’t have to do anything at all (it becomes the responsibility of the renter to pull the listing or face the wrath of the local lawman). Airbnb ought to be welcomed as a potential tourism boon to most towns and cities, but even when it is not, the company’s sunk capital is basically zilch—so there is hardly any point in taking on Yountville lawmakers.

Next, homeowners looking to utilize Airbnb in Yountville are going to have to break the law or register as businesses. Savvier oenophiles will just head northwest toward towns like Calistoga, where both laws and rooms are a little bit more reasonable.