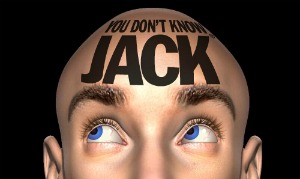 (Reuters) – If anyone can pull off the labyrinthine deal between Alibaba Group and Yahoo Inc, it’s Jack Ma, who founded the e-commerce group and within a decade unlocked China’s huge online shopping potential.

The former tour guide and English teacher, who is now worth around $1.6 billion according to Forbes and has dubbed himself ‘China’s Forrest Gump’, built his e-commerce empire from scratch and has steered it through numerous bumps.

Ma is now said to be contemplating taking his flagship listed unit, Alibaba.com, private as part of an asset-swap deal with Yahoo, which holds 40 percent of Alibaba Group.

Founded in 1999, Alibaba has grown into an enterprise spanning business-to-consumer (B2C) and consumer-to-consumer (C2C) trade, logistics, search and e-payment. Some analysts value the group at up to $32 billion.

Ma, 47, lean and down-to-earth, founded the group on the principle of championing small businesses in the battle against industry giants.

Alibaba Group has long sought to buy back its shares owned by Yahoo since 2005. With new leadership at the U.S. Internet pioneer, that plan is picking up speed.

Yahoo’s stake in Alibaba Group is worth an estimated $13-$14 billion. Under plans being discussed, sources have told Reuters, Alibaba wants to buy back a stake of around 25 percent for around $9 billion – with around $6 billion in cash and a third via a stake in one of its operating assets.

“He has been a strong leader in the Alibaba business. In the negotiations with Yahoo, he’s always been clear about his interest to buy his stake back,” said Dick Wei, a Hong Kong-based analyst with J.P. Morgan, who noted that while the wheels are finally turning on a Yahoo deal, it may take some time before an agreement is reached.

Last year, Alibaba broke up its crown jewel Taobao, estimated by Goldman Sachs to be worth around $7 billion, into three parts to better compete with rivals Dangdang and 360buy.

More recently, Taobao Mall changed its Chinese name to rebrand itself, and said it would raise fees to improve its service, prompting protests by some sellers on the platform.

Ma has often said his vision is to serve small and medium enterprises (SME).

“My inspiration came from the American movie Forrest Gump,” Ma told an American audience in 2009. “Because Forrest Gump said ‘shrimp,’ we decided to help SMEs. We wanted to catch the shrimp instead of catching the whales.”

Taobao, a late entrant to the C2C market, beat off eBay in China in the late-2000s by offering free listing services for its sellers.

Ma’s blend of gumption and brash hopefulness has made him a cult figure among local entrepreneurs, taxi drivers and other ordinary Chinese. Hundreds of small business owners turn up in Alibaba shirts to hear him speak at the annual AliFest, an annual gathering of e-commerce fans and celebrity speakers.
Ma, who loves dogs and tea, is known to put on fake multi-colored Mohawk wigs and kung-fu outfits at company parties.

But, behind the fun-loving and savvy media figure, is a more Machiavellian Ma, willing to do battle with the international likes of eBay and Yahoo.

As with other folk heroes, Ma’s business style is not without its detractors. Some say his business decisions can be clumsy and unnecessarily gutsy.

In 2005 and 2006, Ma targeted eBay with a media campaign including soundbites such as “In China, they are gone” and taunted the U.S. firm to follow Taobao’s free-listings model.

Ma’s run-in with Yahoo and Japan’s Softbank over his transfer of Alipay last year hinted at that battle, but with a difference – Ma’s reputation among his local loyalists took a very public hit.

Yahoo informed shareholders last year that Alibaba had transferred its e-payment unit, Alipay, to a company owned by Ma. Alibaba said the move was to comply with Chinese regulations and had been discussed at board level, where Yahoo and Softbank hold seats, since 2009.

Yahoo, however, denied any prior knowledge, and some observers criticized Ma for a lack of transparency in handling the issue.

Other analysts said Ma’s ruthlessness may have deterred investors from backing Alibaba Group.

“The Alipay issue will dog them forever. How do you convince your board that after you invest, that won’t happen again?” Leung said.

Yet that kind of opportunism is what Ma may need to get a deal done with Yahoo this time around.
“Forrest Gump is not a smart guy, but he is focused. He’s not talented, but he is very, very hard working, and he’s very simple and opportunistic,” Ma said in 2009.

“The thing I told my wife, my parents, and my friends, is the sentence Forrest Gump said: “Life is like a box of chocolates. You never know what you’re going to get.”

(By Melanie Lee; editing by Kazunori Takada and Ian Geoghegan)