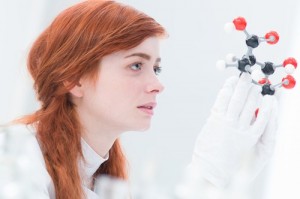 Venture capital firm AmorChem and Univalor made an undisclosed investment in a project led by Dr. Nabil Seidah of the Institut de recherches cliniques de Montréal. The project, which was launched last year, is focused on drug discovery related to the treatment of hypercholesterolemia. AmorChem has since 2011 made seed-stage life sciences investments intended to help commercialize academic research carried out in Québec.

AmorChem and Univalor announce the success of the first phase of their collaboration with Dr. Nabil Seidah

Montreal, May 21, 2013 – AmorChem and Univalor are proud to announce the closing of a reinvestment in the project led by Dr. Nabil Seidah (Institut de recherches cliniques de Montréal). This project, launched in March 2012, is focused on finding drugs which can interact with PCSK9, a well-known target which pharmaceutical companies are pursuing in the treatment of hypercholesterolemia.
“The success of the first part of the project was to identify small molecules acting against PCSK9 and we are very proud to be in a position to announce a reinvestment in this promising project” says Elizabeth Douville, general partner at AmorChem. “Many pharmaceutical companies have expressed interest in the results obtained to date, and this shows that the AmorChem model does indeed help steer researchers into the path of commercialisation.”

“The results obtained in this first step are promising,» explains Grazia Maion, senior manager, Business Development and Investments at Univalor, « There are no small molecule drugs in human clinical trials which target PCSK9. These molecules could be of great help to patients suffering from hypercholesterolemia and we are very proud to be contributing to putting in place this collaboration between Dr. Seidah’s research lab and an important investor such as AmorChem”.

The molecules discovered through the collaborative work done in the laboratory of Dr. Seidah and at NuChem Therapeutics inc. show preliminary activity in biological tests. The reinvestment by AmorChem serves to confirm that improved second-generation molecules work in animal models. The chemistry strategy in place at NuChem is two-pronged, with one part being done at the National Research Centre of Canada’s Institute for Biotechnology Research. The success of the first phase of the project holds much promise as there are currently no known small molecules able to target PCSK9, despite the high level of interest of the target.

“We are very enthusiastic about pursuing the collaboration we started last year with AmorChem,” says Dr. Nabil Seidah. “Given the usual pace of drug discovery, it is quite remarkable that we have identified small molecules active against PCSK9 a mere ten years after participating in the discovery of the gene. Our efforts will now be focused on developing orally-active drugs which will help in the treatment of patients who do not react to statins.”

« We are very proud to have such high caliber researchers as Dr. Nabil Seidah at the IRCM. He has been focusing on proprotein convertases for over 30 years and it is satisfying to see that his work, and that of our other researchers who have been working relentlessly in their field for many years, is reaching the final stages leading to commercialisation. Bringing new drugs targeting PCSK9 which may replace or complement statins will be very beneficial for the health of patients suffering from hypercholesterolemia, which in of itself is good news for the population at large,” comments Dr. Tarik Möröy, president and scientific director at the IRCM.

« Our interactions with Univalor continue to bear fruit and this reinvestment was in large part the result of their diligent collaboration” says Inès Holzbaur, general partner at AmorChem.

Univalor, founded in 2001, is a limited partnership that offers to the industry the opportunity to increase their competitive advantage through access to leading edge scientific and engineering technologies developed by world class researchers from the Université de Montréal, its affiliated schools and most of its affiliated hospitals. The work of Univalor’s specialists is to showcase some of the most promising technologies developed by those researchers to potential partners looking for innovation in the areas of life sciences and human health, pure and applied sciences, engineering, information technology and management sciences. Please visit www.univalor.ca for more information.

AmorChem L.P. (www.amorchem.com) is a venture capital fund located in Montreal focused on investing in promising life science projects originating from Quebec-based universities and research centres. This fund is the latest addition to the GeneChem portfolio of funds, a fund manager in existence since 1997. AmorChem’s innovative business model involves financing research-stage projects to enable them to reach pre-clinical proof-of-concept (“POC”) in a semi-virtual mode within 18-24 months. The fund seeks to generate returns through a two-pronged exit strategy: sell projects having reached POC to large biotechnology or pharmaceutical companies; or bundle them into new spin-out companies. The projects will be managed by AmorChem using external resources. To that effect, AmorChem has established a strategic partnership with the Biotechnology Research Institute in order to access its R&D platforms. In addition, to enabling projects requiring small molecules as tools or drug leads, AmorChem has founded NuChem Therapeutics Inc., a medicinal chemistry contract-research company.