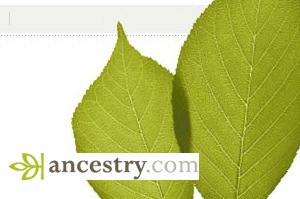 Reuters – Hellman & Friedman LLC, Permira Advisers LLP and TPG Capital LP are bidding for Ancestry.com Inc (ACOM.O), though a deal remains elusive as the family-history website seeks an offer that tops $35 per share, or about $1.5 billion, three people familiar with the matter said on Monday.

Ancestry.com has been exploring a possible sale since July. But the auction has dragged on as none of the potential buyers have met the company’s valuation expectations, the sources said.

Ancestry’s shares ended trading on Monday at $30.98 on the Nasdaq. The sources requested anonymity because the talks are private.

Ancestry is putting pressure on the buyout firms to sweeten their offers after receiving second-round bids that came in last month. One of the sources said there was an expectation the company would make a decision by the end of September, even though it has never officially communicated a deadline.

Provo, Utah-based Ancestry, whose website helps users trace their family roots by scouring online records, declined to comment. Permira declined to comment, while Hellman & Friedman and TPG did not immediately respond to a request for comment.

Ancestry has about 2 million paid subscribers. The website said in July it had discovered that U.S. President Barack Obama is the eleventh great-grandson of John Punch, the first documented African enslaved for life in the American colonies.

Ancestry suffered a blow in May when U.S. network NBC decided not to renew the company’s TV show for a fourth season. The company sponsored the U.S. version of the popular British series “Who Do You Think You Are?” The show, built around tracing celebrities’ family histories through Ancestry.com’s databases, was a major driver of new subscriber additions for the company’s website.

Spectrum Equity Investors LP first made a minority investment in Ancestry in 2003 and four years later partnered with management to purchase a majority interest. It has since helped the company build its senior executive team and assisted in the company’s IPO in 2009.

Spectrum’s stake in Ancestry was 31 percent as of the end of June. Spectrum declined to comment.

Frank Quattrone’s Qatalyst Partners is advising on the process, the sources said. Qatalyst was not immediately available for comment.

Qatalyst is known among peers for requesting high prices during a sale process, which has sometimes led to deals falling apart.

It successfully advised on the sale of networking start-up Nicira to VMware Inc (VMW.N) in July for $1.05 billion. But in the case of network equipment supplier Brocade Communications Systems Inc (BRCD.O), with whom Qatalyst worked earlier this year, the company’s management did not fetch the price it expected from the private equity buyers and did not agree to a sale, sources previously told Reuters.