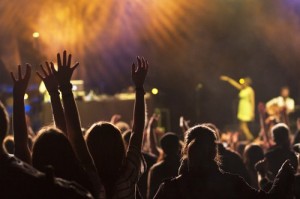 Montréal-based MixGenius, developer of an audio mixer system that automatically facilitates sound balance at music concerts or studios, has secured $500,000 in financing from nineteen members of Anges Québec. The deal was led by angel investor and technology entrepreneur Jean-François Grenon. Other investors in MixGenius include Canadian business accelerator TandemLaunch and Queen Mary University of London. Anges Québec manages a network of 130 private investors that supports early stage companies. The organization has to date backed 30 seed and startup projects.

(Montreal, September 26th, 2013) – With its patented automated audio mixer system, designed to facilitate the life of thousands of musicians around the world, MixGenius has aroused the enthusiasm of Anges Quebec members. Nineteen of them, including angel investor Jean-François Grenon who led the project, have invested a total amount of $500 K in this young Montreal company that has had a smooth run and which also includes TandemLaunch and Queen Mary University in London among its shareholders.

At the speed of sound

MixGenius has created the world’s first fully-automated audio mixing system. The result of several years of research, the application developed by MixGenius allows musicians to obtain an optimal sound balance in the studio or in concert with no human intervention. “You don’t need to know about mixing or how to use a soundboard,” explained Pascal Pilon, founding President of MixGenius and a graduate of the École Polytechnique: “Our initial target group is amateur musicians who want to obtain a professional sound, but don’t necessarily have the means to hire a sound engineer.” Accessible and user-friendly, the application balances each sound track in real time. The tracks can then be downloaded and distributed online. The angels’ investment will enable MixGenius to measure the effectiveness of its system over a vast musical sampling in order to continue to develop it to make it even more sophisticated and versatile.

“MixGenius has generated a great deal of interest among our angels. This enthusiasm stems from both the great management team at MixGenius and the originality of its very efficient audio mixing tool, which offers enhanced accessibility, both to music professionals and millions of amateur musicians around the world. The Company has a promising future in the Cloud and will benefit from its location in Montreal, a very musical city that is a mecca for musicians from the entire world,” said Jean-François Grenon, the angel investor who led the project at Anges Québec.

Jean-François has over 33 years of experience in the technology sector in the United States, Europe and Canada. He has designed and launched various innovative technical products and services on the global market, created several SMEs and completed numerous mergers and acquisitions. While at the head of Innova Corporation in 1997, he launched an initial public offering (NASDAQ) and merged it with Digital Microwave Corporation in 1998, creating the world’s top supplier of cell phone radio links. Jean-François has a degree in electrical engineering from the École Polytechnique and has an MBA from the Harvard Business School.

Anges Québec is a network of 130 private investors that identifies, finances and coaches innovative Quebec enterprises with high growth potential. In this capacity, Anges Québec works closely with a number of key Québec organizations interested in the development and growth of technological innovations. So far, Anges Québec members have invested and reinvested in 30 promising businesses in the seed and startup phases.

For more information about the Anges Québec network, go to www.angesquebec.com

To keep track of news and activities, join Anges Québec on LinkedIn.com.