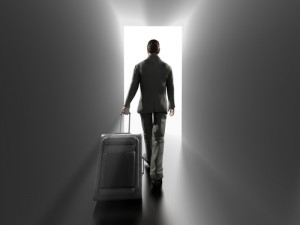 (Reuters) – Khawar Mann, one of Apax Partners LLP‘s most senior dealmakers, is leaving after racking up losses on bad healthcare deals, adding to an already high turnover at one of Europe’s largest buyout firms.

More than half of Apax’s senior dealmakers have left the firm over the last five years, a high level of turnover in an industry where top executives often remain in place for decades.

Mann is co-head of the healthcare team at Apax, and his exit comes at a critical time for the firm as it seeks support from investors for its latest buyout fund. Apax told investors in March it had raised 4.3 billion euros ($5.5 billion) towards a 9 billion euro target, far short of the 11.2 billion it raised in 2007.

London-based Mann is to be replaced by Steven Dyson, who together with Buddy Gumina, will lead a team of 12 professionals, an Apax spokesman said on Thursday. He added that Mann had agreed to become chairman of the private clinics group Medsi, part of the Russian conglomerate Sistema.
In an email to Reuters, Mann called his departure totally voluntary. “There is a great opportunity in emerging market healthcare and when the offer from Russia came, it was compelling,” Mann said.

Apax has been wrestling with writedowns and potential losses at some of its largest healthcare investments — private hospitals group GHG and medical courier Marken.

A Reuters analysis earlier this year, based on Apax company valuations dated as of the end of December 2011, placed Mann last on a list of sector co-heads at Apax for performance, delivering unrealized losses of 478 million euros on deals he led or participated in, an investment multiple of 0.6 times.

In contrast, the firm’s best performer in terms of net gains was financial and business services co-head Michael Phillips, with unrealized gains of 2.2 billion euros, a 2.1 times investment multiple.

Apax, Phillips and other partners of the firm declined to comment on the Reuters analysis. In response to a Reuters article in June stating that Apax had asked one dealmaker to “keep silent” about plans to leave until a more opportune time in its fundraising, the firm issued a statement at the time saying it operates to the highest standards of integrity and transparency.

Mann told Reuters on Thursday he had a “great run” at Apax with some “good deals”, naming Apollo Hospitals, Capio and Unilabs, as well as “tough ones” — Marken and GHG.

Mann’s departure comes as Apax is looking at near-total losses on the 460 million euros of equity it invested in Marken, after the firm failed to agree a deal with lenders to pump in more equity and the company was forced to explore a sale.

Apax bought Marken at the beginning of 2010 for some 975 million pounds ($1.6 billion), swooping in and far outbidding rival Hellman & Friedman LLC that was poised to seal a deal. At the time, it was seen as a brief high-point in an otherwise torrid European buyouts market.

However, the investment rapidly went sour as pharmaceutical groups cut back on research and development, eating into Marken’s business of shipping trial samples. As of the end of December 2011, Marken was valued at a tenth of investment cost, according to Apax data seen by Reuters.

GHG was valued at 0.3 times its investment cost, while Apollo, Capio and Unilabs were valued at 1.8 times, 1.4 times and 1 times respectively, according to the same data.

Apax’s healthcare portfolio was marked at its original investment value as of the end of December, and Apax projects a 1.6 times total return under its base case and 2.2 times return under its upside scenario, Apax told investors in March 2012.

Mann’s exit leaves Gumina, the New York-based partner and co-head, as the most senior dealmaker on Apax’s healthcare team. Dyson, who is based in London, joined Apax in 2000 and has a PhD in biochemistry.

A string of other departures reported by Reuters this year have included partner Bill Sullivan and principals Hector Ciria and David Issot. They have declined to comment on their departures.

(Reporting by Greg Roumeliotis in New York and Simon Meads with London; editing by Gunna Dickson)